Mention heroin and most adults picture strung-out addicts in a back alley, using dirty needles to shoot up. Heroin is back with a vengeance — and suburban teens are becoming addicted. 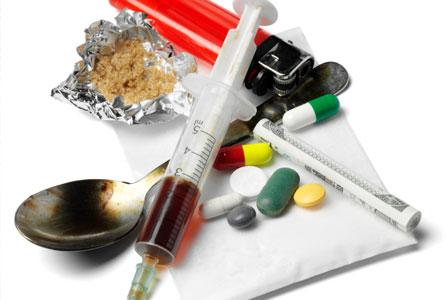 Keep reading to find out what’s different about modern-day heroin abusers and what parents of teens need to know.

Many loving parents raising teenagers in good suburban communities are shocked to discover that the lure of drug abuse isn’t just an inner-city problem. For 19-year-old Mary Westcott, who is in treatment for heroin addiction, growing up in a good community wasn’t enough. “It’s everywhere. A lot of parents think, ‘Not my child, not my child.’ All of our parents thought that,” said Westcott.

Learn how to talk to your kids about substance abuse >>

Heroin is in the same family as the narcotics morphine, codeine and oxycodone. The trend of abusing prescription drugs has been linked to an increase in heroin use. Highly-addictive prescription pills may be initially easier to find, but are an expensive habit once a teen is addicted. Heroin delivers the same type of high for a much lower price, and is easy to find on the streets.

Most prescription narcotics are taken in a pill form, but heroin is usually inhaled, injected or smoked. Because of negative stereotypes towards the use of needles, most teens start off snorting the drug and never intend to inject it. Within a few weeks most are shooting up. Many heroin users often abuse other drugs or alcohol in combination with heroin to enhance the high or combat withdrawal symptoms.

“I think the thing that strikes most people in the treatment field is that we don’t know what the long-term effects are going to be on the brain, on neurology and on the body because these are untested combinations of drugs,” says Dr. Karen Khaleghi, co-founder of Creative Care Malibu treatment center. “With the brain, more and more research has shown and proven that the brain still is really in the formation stage — going through transformations, change and development — up until the age of 25. To this generation, it doesn’t seem terribly serious to take a tablet or pop a pill — it doesn’t seem harmful to them — and how is that going to affect their neurochemistry down the line?”

What parents should watch for

Most parents would like to think that they are vigilant when it comes to watching for any addictive behavior in their own children, but often this type of drug abuse can go undetected for quite some time.

When asked what to watch for, Dr. Khaleghi says, “What you want to look at [with your kids] is if you feel there is something going on, there usually is something going on. When I look at kids I want to know how are they doing in school, has their attendance or performance changed? Do they suddenly have a new group of friends that you don’t know and have no idea where they came from? Have they stopped making contact with their old friends, or has their text messaging suddenly stopped? Are they suddenly eating excessively or not eating at all?”

The bottom line is that no family is safe from the ravages of heroin addiction. Listen to your teen and watch for signs that they may need help, so that you can protect them before it’s too late.