While it’s true that plenty of food “expiration” dates don’t reeeeally matter (that yogurt was already fermented anyway, right?), the expiration date of a car seat really does. It’s an important safety factor that parents shouldn’t ignore. But what do you do with the seat once it eventually reaches the end of its six-year lifespan?

For many parents, the answer ends up being something like “let that chunk of plastic sit in the corner of your garage collecting dust until you figure out what to do with it.” Then, eventually, you cave and toss it, and it sits in a landfill with countless other car seats.

Sure, throwing it away seems the easiest option, but we have a couple of better ideas for what to do with old, expired car seats: recycling and trade-in programs.

But before we get into that, let’s talk about what you shouldn’t do with a car seat: donate or sell it, specifically if the car seat is expired, recalled or has been in an accident. The last thing you want to do is risk another child’s life, so do not pass it on.

That said, here are a few things you can do to end that expired car seat’s life nicely.

In 2019, Walmart announced a partnership with TerraCycle in celebration of National Baby Safety Month that allowed car seat owners to trade in old seats in exchange for a Walmart gift card. The bummer? The brand received such an overwhelming response, it reached capacity in a matter of weeks, recycling a whopping 1 million car seats. No word yet on whether the program will return in 2020, but we’re keeping our fingers crossed!

Meanwhile, Target hosts an annual car seat trade-in program that lets customers swap old car seats at Target stores and receive a coupon for 20 percent off the purchase of a new car seat.

“We’re always looking for ways to make the lives of our guests easier and we’re proud to be able to help them reduce household clutter in a responsible and environmentally-friendly way,” stated Michelle Wlazlo, senior vice president of apparel and accessories at Target.

According to Target, the company has recycled half a million car seats since the start of its trade-in program — keeping 11.9 million pounds of materials from ending up in landfills. So, keep your eyes peeled for trade-in events like this one. 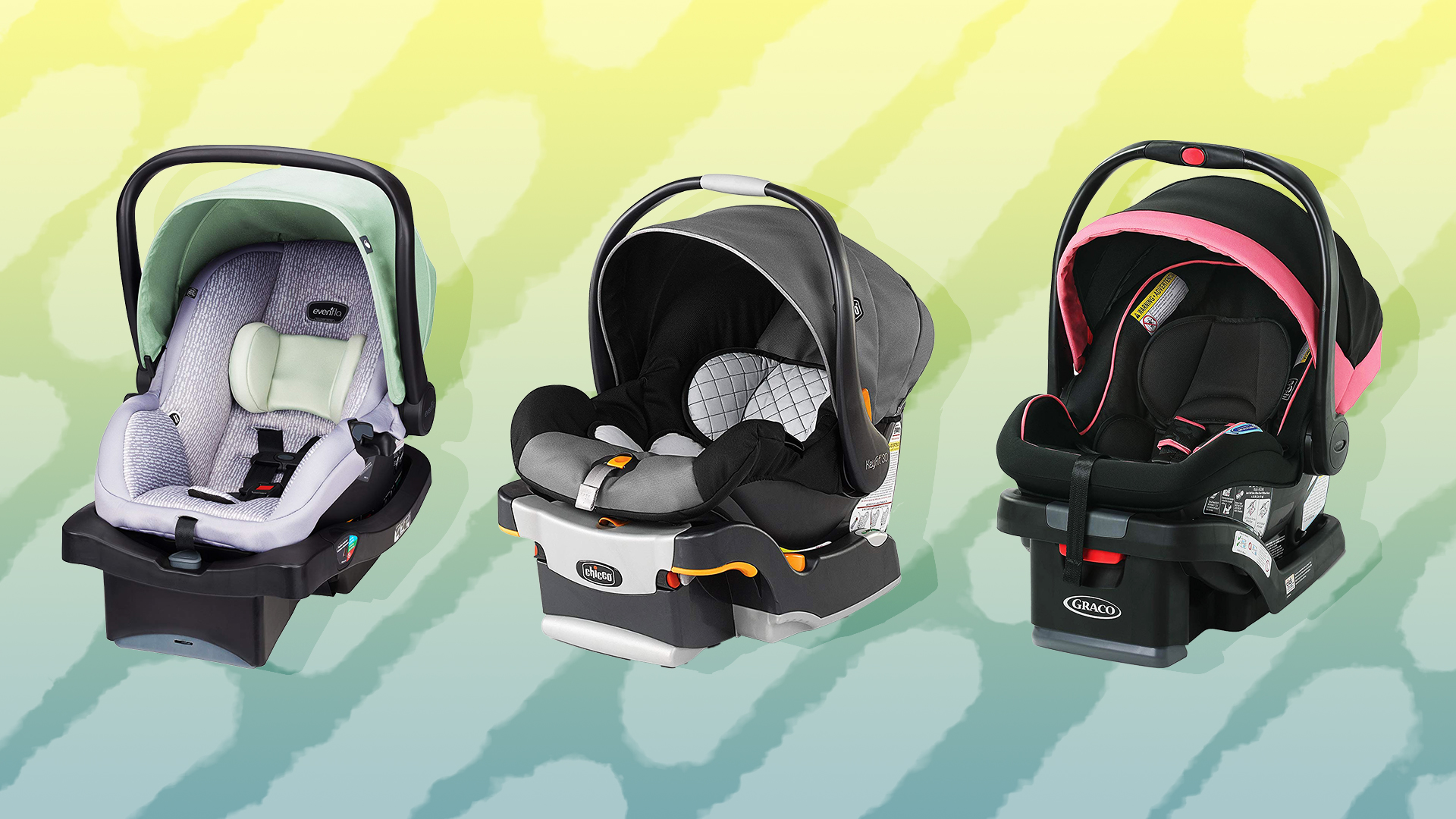 Earlier, we discussed not selling or donating a car seat if it has been in an accident, is expired or was recalled. However, you can reuse or pass along the seat if it’s still in good condition and doesn’t fall into any of those aforementioned categories. To find out if your car seat qualifies for reuse, answer the questions on Consumer Reports’ website.

According to Recycle Your Car Seat, curbside recycling programs do not typically accept children’s car seats, even if you take them apart first.

Currently, 13 states have recycling options for car seats; you can find a list of programs on RYCS’s website. If a program doesn’t exist near you, you can still recycle as much of the seat as you can yourself. But before you begin dismantling, ask your local department of public works if the plastic from the seat is accepted in the local recycling program. If it is, then get to it!

Consumer Reports compiled the following list of tips from the recycling program in Ann Arbor, Michigan:

Have someone else do the recycling for you

Not interested in taking apart the car seat yourself? Baby Earth Renew will do all the work for you — seriously. And this program isn’t limited to car seats either. You can also send strollers, swings, jumpers, high chairs and diaper bags. All you need to do is pay the shipping costs and send it to them, and they’ll take care of the rest. Yep, you can clear out your clutter and help the planet without leaving your house.

A version of this story was originally published in September 2019.

Check out our list of car hacks every parent needs — for school dropoff and beyond.