Yes, my son is on the autism spectrum. 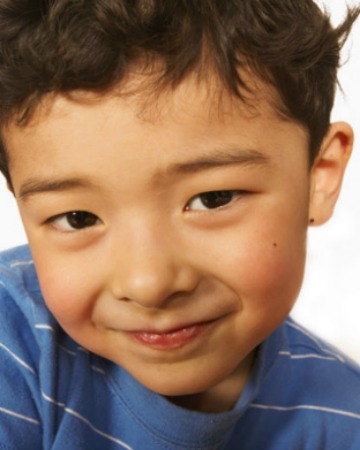 Yes, immediately after his diagnosis at 2 years old, I experienced Elisabeth Kübler-Ross’ Five Stages of Grief — the ubiquitous denial, anger, bargaining, depression and finally, acceptance. The anger and depression stages hit me hard, much like the alcoholic buzz of an underage college student on spring break with a new fake ID and a bottle of cheap tequila.

But, like most of life’s unexpected surprises, you accept the hand that was dealt, and deal with things the best you can. (And if you find you can’t deal, just take Prozac, Wellbutrin or Zoloft like every other woman, whether you have kids or not.) Speaking of mothers, mine likes to say, “Our family makes lemonade out of lemons.” Surely, she gleaned that little nugget of wisdom skimming the pages of Aristotle’s Greatest Hits, Volume Ena; Ena is Greek for the number one, for those of you playing at home. While her words were only slightly less memorable than the notorious “Kennedys don’t cry” mantra, she was right.

On its best day, autism is a challenge; on its worst, an Afghanistan cave in 110-degree heat, with an all-direction parched brown landscape, and nothing to read but wall hieroglyphics. Yet, I have found things — aside from my son, who is a rock star — that make autism downright enjoyable!

Mannys and paras and teachers, oh my!

Many special needs children require a paraprofessional, who is a person trained to assist professionals but do not themselves have professional licensure, during school hours to help them focus and act appropriately.

My son’s paraprofessional is a man. A man. A single, athletic man in his late 20s. A man who is over six feet tall with a nice build. A man with a really nice smile and terrific personality. A man my son absolutely adores. And, so do I… along with every other mother at school.

There’s also our 21-year-old summer Manny (male nanny) who could be mistaken for one of the models in a hipster catalog. Ethan lights up whenever he sees him. So do I. Finally, there is Ethan’s 30-something behavior music therapist, who is so good looking that all my friends want to arrange play dates while he’s at my home. Not play dates for their children, mind you — play dates with him!

The thing is, I am happily married. But I firmly believe that as a parent of a special needs child, it is a privilege — no, a constitutional right — to surround myself with eye candy that can play a tremendously positive role in my child’s development.

Step one: Get the ice cubes, a tall glass and a straw!

Two presidents and a lady walk into a bar…

Well, it wasn’t so much a bar as it was the Waldorf Astoria in New York City. And truth be told, I’ve never been mistaken for a lady. But there I was, with my arms around two Presidents — Barack Obama and Bill Clinton — in one room. And, I have my son to thank! Because of my son, I became involved in Autism Speaks.

Because of my son, my family raised enough money for the Westchester County New York/Fairfield County Connecticut Autism Speaks Walk to be named the Top Fundraising Team. Because of my son and the fundraising, I was invited to meet the Presidents at a fundraiser. (In 2011, President Obama signed the landmark Combating Autism Act, which assures continued federal support for critical autism research, services and treatment.) However, it is because of President Clinton that I wore a green dress, not blue a la Miss Lewinsky.

Who’s afraid of a little mouse?

Who says amusement parks are brutal? Almost every family in America, that’s who. Unless, of course, you are a family with a special needs child. Then, all bets are off.

Before we had children, my husband and I used to have nightmares about amusement parks. The people! The lines! The Princesses! Ugh! Well that all changed when we took our son. Many amusement parks are sensitive to special needs families, so much so that you can bypass long lines in many instances. However, amusement parks are also very sophisticated, and can spot the “scammers” who say they have special needs children, but don’t. Tsk. Tsk. Tsk. Although I must say that whenever my friends tell me they are going to an amusement park, I always ask if they want to take my son to avoid the lines. It’s a win-win!

Cold water? Yes, please. Pass the sugar while you’re at it.

Now just relax, play the hand you were dealt, take a long, soothing sip, count your blessings and enjoy your lemonade.

A spectrum of Grey
Autism 101: The good, the bad and the ugly
Living with autism: Now what?

18 hrs ago
by Julia Guerra