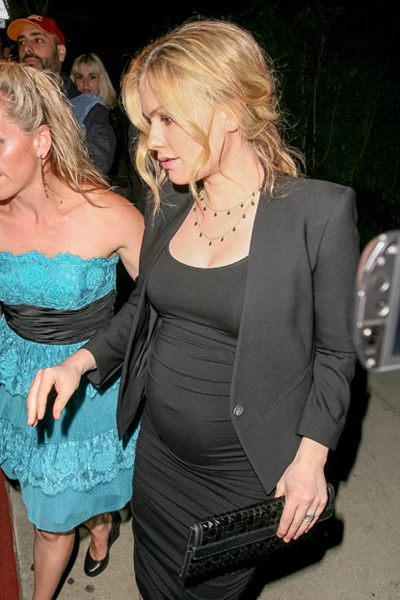 Twinkie alert! This chic dress was also worn by Reese Witherspoon and Kristin Cavallari. The Laguna Hills star dressed her look down by pairing it with a denim blazer.

Witherspoon also paired her tank dress with a black blazer, but kept it more casual with black flats.

Check out Witherspoon in this same dress here >>

In case you missed the news, Paquin is expecting twins with her husband (and True Blood co-star) Stephen Moyer.

“It’s so interesting that True Blood has become, like, the ‘twins’ show,” said True Blood co-star Sam Trammell, who also happens to be the father of twin boys.