We have rounded up some unusual baby names for your baby girl or baby boy that totally rock! From rock star names like Hendrix and Presley to cool vintage names like Eloise or Bellamy, you won’t find any overused or boring names on this list. Grab a pen and paper and let us inspire you in finding the perfect unique baby boy name or baby girl name. 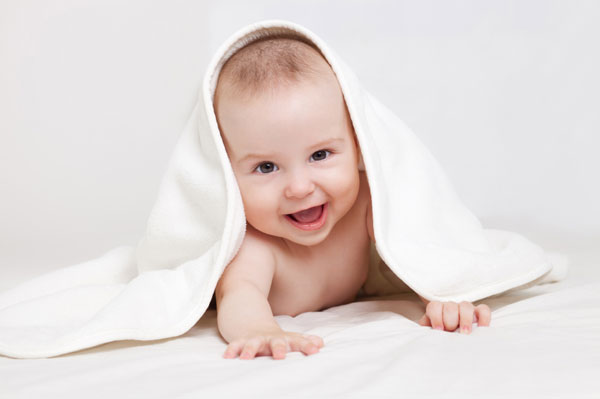 One recent study showed that parents who said they regretted their baby name pick said it was because their chosen name turned out to be too popular. If you want to find a cool and unusual baby name, avoid most of the names of the top 100 baby name list, including the most popular baby names of the year Jacob and Sophia. Ready to find a baby name that totally rocks? Read on!

Rock stars, like their names, are edgy, cool and never boring! They have a modern sound to them that will instantly help your baby boy or baby girl stand out in a crowd. Rock stars bend the rules, such as the awesome name Stevie, as in the lovely Stevie Nicks. One fun way to find a rock star name is to take the last name of an iconic rocker, such as naming your son or daughter Hendrix after Jimi Hendrix. Check out more cool ideas below:

Cool vintage names are classic, yet not overused. Many of these names are easy to spell and pronounce and have a retro feel that has suddenly become cool again. Check out some of our favorite vintage names.

Celebrities often come up with unusual baby names that totally rock. Some celebrity baby names are almost too well known to give to your child, such as Suri, Kingston or Shiloh, however there are many cool celebrity baby names that aren’t quite as popular. For instance, Cortney and Robert Novogratz, the design team who star in their own HGTV show Home by Novogratz, have totally cool and unusual names for their seven kids: Wolfgang, twin girls Bellamy and Tallulah, son Breaker, twin boys Five and Holleder and their youngest son Major.

Demi Moore and Bruce Willis also have a daughter named Tallulah, as well as daughters Rumer and Scout. If you are looking for names a bit more feminine, you will love the names of the children of actress Leslie Mann and Judd Apatow:  Maude and Iris.

Let’s not forget Spy Kids director Robert Rodriguez, who gave all his five kids unusual names that all start with the letter “R” — and some are pretty cool (however some may be a bit too “out there.”) His sons are named Rocket, Racer Maximilliano, Rebel Antonio and Rogue, while his daughter is named Rhiannon.

Everyone’s baby name tastes are a little different. Some of these names may be too unusual, some may not be unusual enough — but hopefully you have found some names that are just right! If so, share with us some of your favorite baby names or give us ideas of your own!