We recently had the opportunity to chat with Nia Vardalos about her latest film, An American Girl: McKenna Shoots For The Stars™. 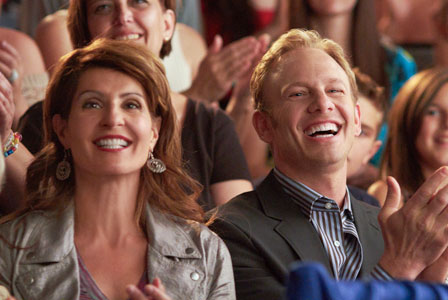 Vardalos stars in An American Girl: McKenna Shoots For The Stars™, a heartwarming story of a young girl whose dream to compete as a world-class gymnast is threatened when she begins to struggle in school.

Nia’s thoughtful answers to my questions are testament to her sincerity, wit and charm: 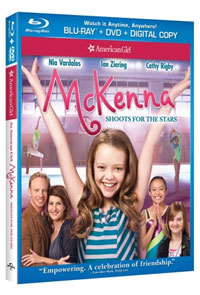 Can you tell me a bit about filming An American Girl: McKenna Shoots For The Stars™?

This is my first mom role and it was really just a beautiful experience for me because I really liked the girl Jade Pettyjohn, who plays McKenna — we had such a really easy time with each other. She’s not an uptight kid in any way and it was just a nice experience. I don’t think I really looked at kids before I became a mom. But after looking at Jade and having such a good time with her, I looked immediately at her mom who was on set all the time and just thought you did a good job because this is a cool kid.

Has having a child influenced the roles and projects you’ve taking on?

Well, the first thing is I’m saying no to things that are not life-changing parts… that’s a given. When we first adopted our daughter, we went into the American Girl® store and asked her to choose a doll that looked like her. We were trying to do things that would help her form her identity in any way. One of the first things we decided was that we would not let her see us act and we would just form this reality… It’s all so confusing that we thought no. But then that really carried over for us and it’s been working for us so we just don’t let her see us act. 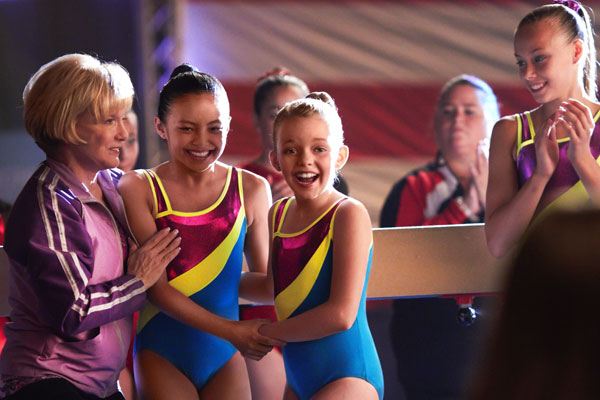 Will you let your daughter watch this film?

Being a working mom

Do you have any personal experience with the theme in the movie about the importance of keeping a healthy balance?

It’s a fine line with a mom. You have to find a way to be selfless and selfish. Because we have to give everything to them. The most important thing is giving our time to our children. But what I loved about this script is this mom has a job and I absolutely love that. It was extremely real.

I admire the way you and your husband have shielded your daughter from the public eye. Can you speak to your decision to do so. Is that challenging?

We always felt that way. We are very particular about feeling that movies and theater are magic and special, so we don’t want to show her behind the curtain. We just want her to enjoy movies… just to keep it magic, because wasn’t that a great way to grow up? My husband Ian [Gomez] and I didn’t grow up in LA, so we just want to give her a childhood, a real childhood.

You filmed the movie in Winnipeg. What did it mean to you to share your childhood home with her?

One of the greatest things about growing up in Winnipeg is that the sun stays up until about 10 or 11 p.m. in the summer. We’re really strict with bedtime because she needs the discipline in her life, but we slowly pushed the hours forward so that by the time we got to Winnipeg, she was staying up later. We were on a kids’ movie, so we were done by seven every night, so I could go over to my parents’ house for dinner. My daughter running through the backyard was just an idyllic sound of the summers that I had of just running around chasing fireflies, completely safe in a Winnepeg backyard.

See an exclusive clip from An American Girl: McKenna Shoots for the Stars™

An American Girl: McKenna Shoots For The Stars™, arrives on Blu-ray™ and DVD on July 3 at American Girl® retail stores, Walmart and americangirl.com.