Christian Grey — yes, that Christian Grey — has autism. How do I know? Well, for starters, I’ve read the Fifty Shades trilogy at least five times, so in addition to making me one of the more pathetic people in this world, it also makes be an armchair expert on the comings and goings (pun intended) of Christian Grey. 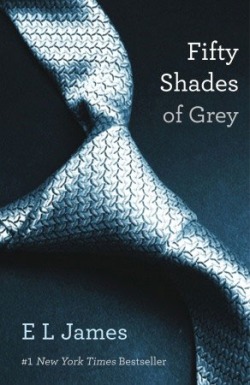 Christian Grey — yes, that Christian Grey — has autism. How do I know? Well, for starters, I’ve read the Fifty Shades trilogy at least five times, so in addition to making me one of the more pathetic people in this world, it also makes me an armchair expert on the comings and goings (pun intended) of Christian Grey.

To be honest, the first time I read the books, it was for the illicit sex. The second time was to process what I read. The third, fourth and fifth times was to delve deeper into Mr. Grey’s neurological and psychological impulses. Something about his mannerisms, and the way he interacted with others, spoke to me on a profound level.

Secondly, I know autism when I see it. Autism and my family have had a complicated, often contentious “frenemy-like” relationship for four plus years. Ethan, my 6-year-old son, was diagnosed at age 2.

For those not familiar with autism, Autism Speaks, the world’s leading autism science and advocacy organization, defines autism and autism spectrum disorder (ASD), as both general terms for a group of complex disorders of brain development. These disorders are characterized, in varying degrees (hence, a “Spectrum” that includes both low- and high-functioning individuals), by difficulties in social interaction, verbal and nonverbal communication and repetitive behaviors.

Appalled at my audacity to label everyone’s favorite Dom with autism? Let me assure you that autism isn’t a dirty or shameful thing in my household. Nor should it be in anyone’s household. Apple, Microsoft, Google, Facebook and the like wouldn’t be the standard-bearers they are today without having employees with autism and ASD. It’s no surprise that the autism and ASD populations in tech hubs like Silicon Valley, California and Redmond, Washington have incredibly high autism populations.

But, let’s get back to Mr. Grey and my autism theory. Based on the criteria and symptoms of autism and autism spectrum disorder, I hereby submit to you several examples of Mr. Grey’s autistic behaviors:

Difficulty with social interactions and relationships

Difficulty with verbal and non-verbal communication

By his own admission, Christian Grey tried to conquer his demons through several psychotherapeutic approaches, which included ‘Congitivism, Freud, functionalism, Gestalt, behaviorism… ’ None succeeded. Perhaps what Christian Grey really needed was a BCBA, or Board Certified Behavior Therapist, to help modify his behaviors, to be a more socially engaged member of society.

Of course, Christian is but a fictional character. In reality, autism affects 1 in 88 children and 1 in 54 boys. People with autism have made tremendous contributions to every facet of society — technology, arts and sciences, athletics, real estate, etc. That’s a fact, in black and white. And, there’s absolutely nothing “Grey“ about that.

For more about autism, go to www.autismspeaks.org.

Parenting and autism: Maria’s story
Your child has autism. Now what?
The autism diagnosis and family stress

45 mins ago
by Sydni Ellis

3 hrs ago
by Colleen Dilthey Thomas