Middle schoolers in upstate New York not only verbally assaulted and taunted a 68-year-old bus monitor, but they videotaped it and posted it on YouTube. When the video went viral, the community became outraged. 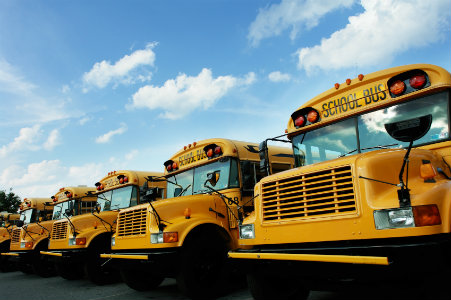 This shocking, profanity-laced video has people outraged at the students’ behavior and rallying in support of the bus monitor, Karen Huff Klein, who is also a grandmother. As a mom, are you aware of everything your child is doing online? Read on for more details about a hidden online culture most parents don’t know exists and learn how to protect your child from it.

The video of the woman being taunted went viral and she has received an outpouring of support since the incident — both emotional and monetary. In just three days, a fund that was set up on the crowd-funding site Indiegogo.com to help send her on a vacation has reached nearly $600,000. On Friday, the local police also gave her apology statements from some of the boys who were involved in the taunting.

“I feel really bad about what I did,” wrote Wesley. “I wish I had never done those things. If that had happened to someone in my family, like my mother or grandmother, I would be really mad at them.”

Josh wrote: “I am so sorry for the way I treated you. When I saw the video, I was disgusted and could not believe I did that. I am sorry for being so mean and I will never treat anyone this way again.”

So why would these middle school students bully an adult, videotape it and proudly post it on the internet for the world to see? Mary Kay Hoal, an online safety expert and mother of five says, “These kids’ actions are a direct reflection of the hidden online culture parents have no idea exists, as well as the fact that parents aren’t involved in what their kids do online.”

Cyberbaiting is a word parents need to learn

“It’s called cyberbaiting,” says Hoal. “It’s a form of premeditated cyber-bullying. Cyber-extortion. The goal is to bully someone with the specific purpose of recording the harassment and sharing it online with friends and the broader online community.”

What parents need to know about cyberbaiting

What parents can learn from this incident

“This is both a teaching opportunity and a learning opportunity,” warns Hoal. “This is a huge wake-up call for parents. This incident has shined a light on the reality of what’s truly going on with kids online as a result of them participating in Facebook and YouTube where it’s a cultural free-for-all.”

“It’s painfully clear that because these sites aren’t created with our kids’ well-being in mind, the culture in unhealthy, cruel and influencing our kids to engage in socially reprehensible behavior and this is a deep and dark concern.”

What parents can do to prevent this

How to monitor your child’s online activity >>

More about your child’s online safety