Former child star and mom of two, Melissa Francis left Hollywood and discovered a whole new world of possibilities. Here’s how she rose to the top in her career, while still prioritizing her kids. 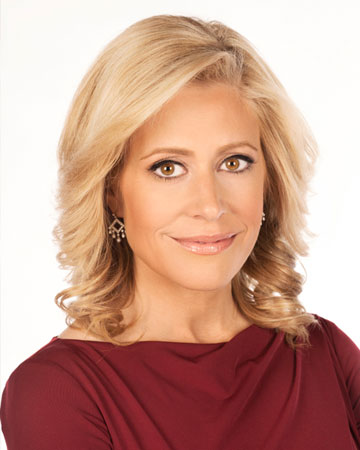 Mother of two Melissa Francis is a business journalist who has a new show on FOX Business called Money with Melissa Francis. Her show tackles the latest news — and how it impacts the average person — making business news accessible and friendly. The lively show is the culmination of Francis’s hard work and efforts, as well as her passion for business journalism.

But before Francis was a journalist, she was behind the camera in a different way. Francis was a Johnson & Johnson baby. She played Cassandra Cooper Landon on Little House on the Prairie. And she did a stint on a CBS show called Morningstar/Eveningstar with Fred Savage and Joaquin Phoenix. From commercials to TV and movies, Francis’s young career thrived.

However, the former child star left Hollywood behind when she graduated from high school. She headed east to Harvard University, intending to see if she’d miss acting when she was away from it. Almost immediately, she discovered that she wanted something different than Hollywood for her life. “I thought that the distance was sort of refreshing and there were so many other possibilities out there,” says Francis.

At first, Francis didn’t know what she wanted to pursue as a career. She searched through internship binders in Harvard’s career office, taking hours to find just the right job. Francis found journalism after accepting an internship at a news station in Los Angeles. Once she graduated, Francis began working her way up in the news business, starting at a station in Maine and moving from market to market.

Now, she’s landed her own show on FOX Business.

Francis loves what she does. “I think it’s rewarding to see it all come together and to see more people get engaged in their finances,” says Francis, who says that she’s seen business news become more accessible in recent years. “You need to understand what’s going on and to take responsibility.”

When Francis isn’t at work though, she focuses on another big priority: Her two sons.

As a working mother, Francis says that she has mom guilt — feeling guilty no matter what she’s doing. But she combats it by using her time wisely. “When I am at home, they have my undivided attention and we’re all so happy to see each other. I put down the Blackberry… I really treasure and squeeze the most out of the time we have together,” says Francis. “I think it’s nice for them to have a mom who works and I think I hope contributes to the larger discussion and to a better society.”

So, how does she handle the challenges of being a successful working mom? Francis says that her husband and she are equals in their parenting, which helps a lot. They also have a nanny as well.

“It’s a challenge but it’s a joy,” says Francis. “I have a husband who is a fantastic parent and who is really engaged. He’s a 50-50 partner with me… We fight over who does drop-off at school. My husband is very engaged in all the committees at school.”

While Francis focuses solely on her kids when she’s with them, they also have influenced her work as well. Having them has changed how she approaches stories  — and the questions she asks as a journalist. “You view stories through a different lens. I think it makes you more sensitive but I think it also makes you more passionate. It informs your questions,” says Francis. “I think now that I have kids I am less judgmental too. Because I know how hard it is. It’s made me a more thoughtful person and maybe a more forgiving person.”

Charting your course for success >>

Don’t be too hard on yourself. That’s a trap that we all fall into. I think when you are fulfilled in yourself and you are following your dreams hopefully you are a better and more fulfilled parent. It’s good for your children to see you achieving.”