As parents, it seems as though we’re always striving to limit the time that our kids are using technology. We’re forever encouraging them to turn off the television and put away the video games, cell phones and tablets. 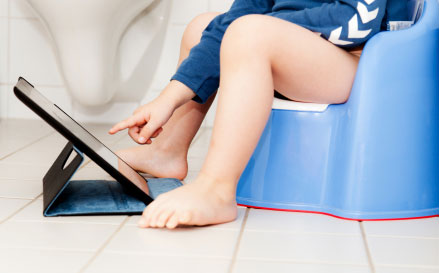 What if we have it all wrong and we should actually encourage more tech time? 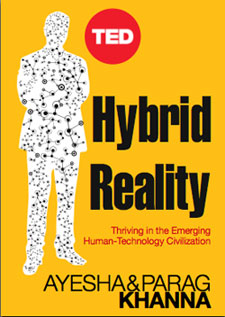 In her new book (co-authored with her husband Parag Khanna), Hybrid Reality: Thriving in the Emerging Human-Technology Civilization, Ayesha Khanna suggests that we are moving from a point of co-existence with technology to co-evolution with it.

As a mom who tries to limit screen time, which for our family includes iPads and computers as well as television, I’m always looking for ways to decrease, not increase their tech time.

So, when I had a chance to chat with Khanna, I wanted to get her thoughts on how much tech is too much. I was eager to hear what she had to say to institutions that emphasize nature, physical play with other children, restriction of TV, computers and video games and how she differentiates between “good tech” and “bad tech.” 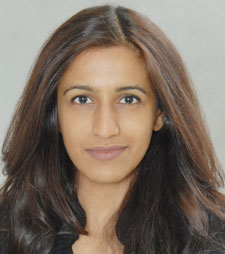 Khanna’s reply was thought-provoking: “I would say the right question to ask is which tech helps you achieve the goals you set for your kids as a mom? Usually, these are three: education, creativity and civic-mindedness. Plus, there is a new goal that moms must now add to that list: an intuitive ease with technology. We are moving to a hybrid reality where technology is becoming fused with our environment and even with our own bodies, making irrelevant the distinction between real and technologically-enhanced reality.”

There’s no denying that our children will use technology even more than we do and in ways we never imagined, so perhaps learning it sooner is better than later. “My use of technology (whether it’s iPad, video cameras, story books, games or TV) is based on the constructivist philosophy of education popularized by Seymour Papert, where the goal is not to instruct children but to make them constructors of their own knowledge. Doing-by-learning activities using technologies are extremely helpful in this.”

Here are 8 tech gadgets for kids that we love >>

Why you need to get in the game

But what, exactly does that look like in practice? Khanna offered up the following example to illustrate her point: “Every child loves to play games, but why stop there? Let’s design a simple game ourselves, sketching it out on pencil and paper and then let’s use a program like Scratch to make an animated character follow the simple steps online. Let’s also watch a game show on TV. Let’s make a short film showing how to play the game, edit it and add text and music. Now in this one project, both parent and child have had a lot of ‘hard fun’ and many goals of education: game design, following rules, creative story telling, ease with technology, programming and writing have been achieved.”

Khanna made an excellent point, however she clarified that children shouldn’t be plopped down in front of technology with no parental involvement. She explains, “Moms should choose technology as appropriate given what project they’re working on with their kids. TV, video games and other technologies are all right in very small doses during the day but it’s better to use a portfolio of technologies that are crafted into a particular project.”

What she’s advocating is a very hands-on experience with parent participation rather than handing our kids technology and leaving them on their own, which I can’t help but think puts us on the right path.

To read more about Khanna’s insights into the Hybrid Age, a time when technology is ubiquitous, intelligent and social, pick up a copy of Hybrid Reality: Thriving in the Emerging Human-Technology Civilization.

4 Tech gadgets your kids will love
Mom vs. Dad: Technology and your kids
Tablets for tots: Lazy parenting?

20 hrs ago
by Cristina Velocci