Happy Wednesday Hump Day — or, as we like to call it, Celebrity Baby Bump Day! The stork has paid a visit to Sugarland singer Jennifer Nettles, who just announced she is expecting a baby. Newlywed Drew Barrymore was spotted showing off her baby bump — and her wedding ring! Sarah Michelle Gellar and Carson Daly’s pregnant wife, Siri Pinter, round out our list of cute pregnant celebs. 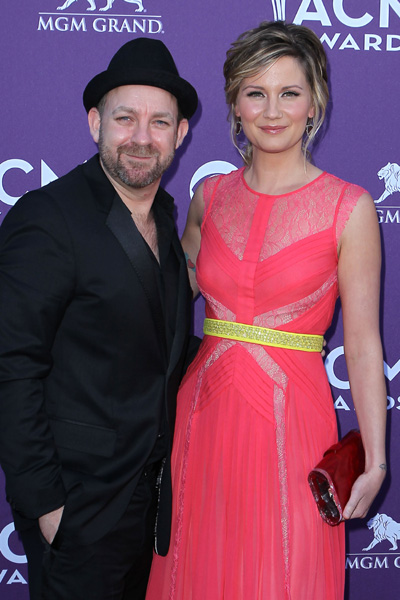 It’s a Sugarland baby! Singer and Duets mentor Jennifer Nettles, seen here with her singing partner Kristian Bush, has just announced she is pregnant! Due in November, this is the first child for the 37-year-old and her husband, entrepreneur Justin Miller.

“They are thrilled beyond belief,” her manager says in a statement.

Their baby will actually be born right around when Nettles and Miller will celebrate their first wedding anniversary! The couple got married last November in a chapel in the foothills of the Smoky Mountains.

Nettles may open up in her hit songs, but she often stays mum on her personal life, including her first marriage that ended in divorce.

“I’m from the South, and if you’re not married early, it’s off to the convent,” she recently said in an interview. “I try to keep my personal life personal.”

Nettles isn’t showing quite yet, but stay tuned for her baby bump!

Next up: Drew Barrymore shows off her pregnancy curves — and wedding ring!

60 mins ago
by Thea Glassman

3 hrs ago
by Hannah Van Sickle