Parenthood can be a challenge, but for some, it can be a little more so. Meet a mom who has faced her unique challenges feet first. 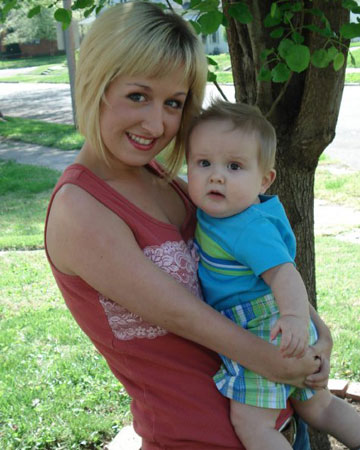 Sarah Kovac, who lives in St. Joseph, Missouri with her husband and 3-year-old son, was born with a condition called Arthrogryposis Multiplex Congenita. This awesome mom has done more than you can ever imagine with her feet, and with her book being published in September of 2013 we’ll be able to read her inspirational story. Until then, we caught up with this fabulous mom and she shared what it was like to grow up, get married, be pregnant and have a baby — all without the use of her hands and arms that the rest of us take for granted.

The diagnosis, and growing up

SheKnows: Tell me a little bit about yourself. When were you born? Where did you grow up?

Sarah: I was born in St. Joseph Missouri, and other than a short stint of my infancy spent in Kansas City, I’ve spent my whole life here.

SheKnows: When were you diagnosed with Arthrogryposis Multiplex Congenita?

Sarah: The doctors weren’t able to spot my disability via ultrasound, so everyone was shocked when I was born with something obviously wrong. At first, they prepared my parents for the worst, saying it was likely that I was mentally delayed, blind, and that I had no hope for an independent life. The next day, we were sent to the NICU of a larger hospital (Children’s Mercy of Kansas City) where they were able to accurately diagnose me with Arthrogryposis Multiplex Congenita, or AMC.

SheKnows: Can you explain AMC to someone who isn’t familiar with it?

Sarah: AMC literally means “curved or hooked joints.” It is an umbrella diagnosis, and just means that the person diagnosed with AMC has multiple joints that are locked in place at birth. The hands are often curved under, and the person may have club feet. There are about 400 variations, and it’s possible for any part of the body to be affected. In my case, the bones and muscles from the base of my neck to my fingers are underdeveloped and small. I didn’t move and exercise in the womb for some reason, so things didn’t develop right, but for some, AMC can also be caused by genetics.

SheKnows: How prevalent is AMC?

Sarah: It appears in 1 out of every 4000 live births. Many people with AMC grow into adulthood never having met another person like them. 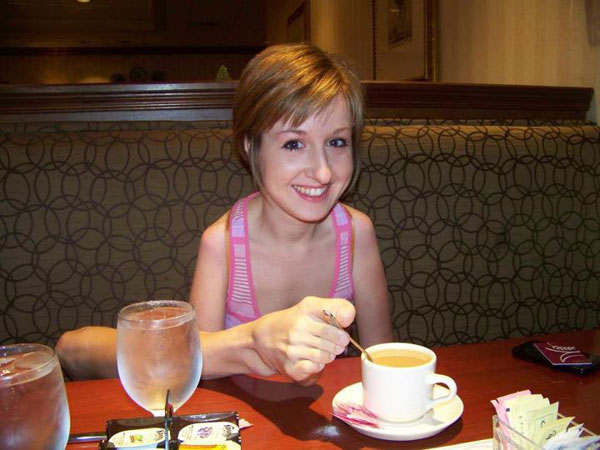 SheKnows: Do you remember learning to use your feet, or was it completely normal for you?

Sarah: I started picking up utensils and crayons with my feet at age 2, so I really don’t remember. Therapists encouraged me to use my hands for things, but I was a stubborn kid and always preferred finding my own way. Why use two crippled limbs when I’ve got two others that work just fine?

Sarah: In elementary school, I had to ask help from my classmates for lots of things, as much as I didn’t like it. I hadn’t yet learned to find my own ways, so when it came to writing on the chalkboard, opening my milk, putting on my backpack, tying my shoes, and even buttoning my pants in the restroom, I had to ask for help. Aside from being excluded sometimes, and the occasional snarky comment, the other kids were decent to me, and the teachers were always kind and tried to give me space to adapt as I needed to.

High school was a little rough, socially-speaking, and I even fought suicidal thoughts. I felt there was no place for me and that I would always feel like an outsider.

College was a vastly different experience… if I was an outsider, there were plenty of others who felt the same way. I learned I didn’t have to be alone, and being different wasn’t necessarily a bad thing. I learned to see myself as unique, physically and in every other way, instead of just different.