The current age limit to join Facebook is 13. However, reports are circulating that the social media giant is considering easing its age restrictions. 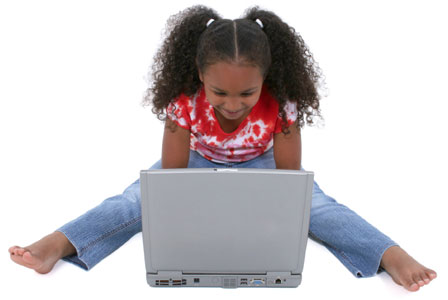 With younger age limits, it’s expected Facebook also would roll out new functions to allow parents to connect to their children’s accounts, decide who they can friend, control what apps they use, and otherwise monitor their activity. Though these additional functions would be fantastic precautions for any parent to use, do young children even need to be on Facebook?

How young is too young?

When people start talking about changing the Facebook limits, it’s important to note that there is already a tremendous amount of kids who are breaking the rules. In a Consumer Reports survey from 2011, it was estimated that about 7.5 million children younger than 13 already belonged to Facebook.

SodaHead.com, the web’s largest opinion-based community, polled its users recently to ask parents what age that they thought kids should be able to join Facebook. Thirty-four percent thought the current rules were right on target, while 19 percent of respondents indicated that Facebook should be for adults only with an age requirement of 18 or older.

“Children 12 and under do not need to be on Facebook,” says Lisa Shaw, senior director of Online Child Safety and Protection at SpectorSoft. “It was not designed for children, especially younger children, in mind. Parents need to ask themselves, ‘Is my child ready to socialize with teenagers much older than them? Would I let my child in middle school go to a high school party or a frat party?’ If not, parents most likely have a reason to think twice before letting their child spend a lot of time on Facebook.

Just like there isn’t a one-size-fits-all formula related to disciplining children, there is no one right answer related to ‘how young is too young?’ Maturity levels, as well as the personalities of your children, should play an important role in your decision to let them be on Facebook. Also, keep in mind that the line between the online world and the real world is blurry — as, really, the online world is the real world for teens. The socializing that occurs there is real and basically mirrors things occurring in people’s lives.

While many parents seek out kid-friendly social media sites, Shaw says the best alternative is for younger kids not to use such websites at all.

“An alternative is to not encourage kids, especially younger ones, to use social media,” Shaw explains. “Just like our parents used to tell us, ‘Just because everyone else is doing it, doesn’t mean it is a good idea.’ There really isn’t any research that shows Facebook offers a meaningful social or educational value for children 12 and under. On the other hand, almost everyone agrees there are plenty of potentially complicated issues related to privacy as well as concerns about the impact on the social and emotional development of children.

“Remember, hope is not a strategy. Parents need to protect their kids with the same kind of passion and enthusiasm they do in the real world.”

Education is the best protection

No matter what age you choose to allow your children to be on social media websites (and other online communities), you need to take steps to protect them against online predators and other dangers.

“Children make the mistake of interacting with inappropriate people in online situations,” says Shaw. “They don’t realize how much information they give to those they chat with online. Social media sites like Facebook have made children more vulnerable than ever. Parents already have a difficult time policing the internet for their children; policing social media is almost impossible.”

Shaw and other experts agree: The best way to protect your children on social media sites is through education, as well as monitoring of their internet activity.

“Educate children about the potential dangers and the existence of those that prey on children,” Shaw says. “Detailed descriptions are not necessary, but there are ways to make the concern clear without explicitly stating anything. If you allow your children access to social media like Facebook, insist that they add you as a friend. Be a well-mannered friend and exercise a certain amount of patience and distance when policing their social media, but let them know that you care about their online activities and you are watching.”

Parents need to be as diligent with monitoring their child’s online activities as they are with offline activities. You’d never let your young child roam through an unfamiliar neighborhood alone, so don’t let them do the same online.

“Installing monitoring software on their computer will allow a parent to protect kids online,” says Shaw. “It allows parents to keep track of instant messaging conversations as well as what is happening on social media. It is important to periodically check a child’s e-mail account and social media accounts for unsavory activities. The filtering systems on Facebook will allow a child to block certain friends from seeing filtered posts. As a parent allowing a child access to a system that is very open to abuse, you need to ensure that you have total access to the information they are making public. It is amazing the amount of information that can be discovered through casual conversation. Those that prey on children are adept at turning conversations in seemingly innocuous directions that lure the child into revealing more than they should. Be sure they have all the proper privacy settings in place.

“Also be aware that savvy kids often set up more than one account — one for Mom and Dad and then the real account. If you don’t see any activity for a few days, chances are you have a decoy account.”

Even though Facebook and other social media networks have evolving safety precautions built in for children, that’s only part of the solution. The rest is up to parents.

Would you let your under-13-year-old on Facebook? Have you? Or should Facebook stick to the age limit?

More about kids and social media

Teens and the consequences of social media
Digital parenting: How to keep kids safe online
Can you steer your kids away from Facebook?