A collection of anecdotes from parents who took advice from another parent, a grandparent, or a complete stranger… over their gut instinct. And the results? Absolute disaster. 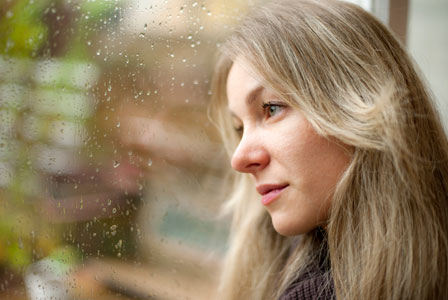 Was there a moment where you can look back and say, “Yeah, I shouldn’t have done that”? Even worse, did you act on advice that went against your instincts? Rest assured, you are not alone. We gabbed with other parents to find out their disastrous parenting moment that came from the advice of someone else. 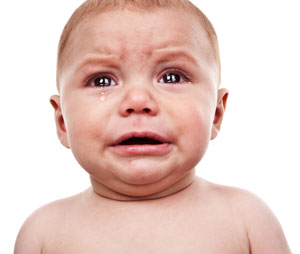 From Heather, mother of two: “Everyone told me it was right and I let my 9-month-old cry. I checked on him at intervals. I sat on the couch and cried with him, desperately hoping I was doing the right thing when all my cells were telling me to run and get him. He slept better for a couple months, but now at 3 has a fear of dark, being alone, and has trouble getting to sleep — the cause? Well duh! The factors I think played a role in taking this advice: Severe postpartum depression, first baby, unrealistic expectations and a lack of knowledgeable support.”

From a mom: “My mom told me to let my son cry it out. We sat in the living room and a half hour later I went to check on him. There was vomit all over his mattress. I cried so bad and never did it again. And then I got even more upset thinking that my mother did that to me.”

From a mom: “A friend gave me [the book] Baby Wise. I didn’t follow the ‘let the baby cry’ part, but I put my breastfed 5-week-old on a schedule. She didn’t gain any weight between her 2-month and 4-month doctor visits. She was a happy baby, but I guess I became desensitized to her cues and was just focused on feeding her every three hours. Oops! Needless to say, I didn’t make that mistake for the next two little ones.” 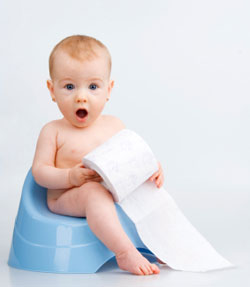 From Cathy, mom of two: “I am a teacher and I had a parent ask me what I was doing all summer with my then 6-month-old. I said the obvious — thinking about swimming lessons, lots of pool time, and just being with him. She said, ‘Six months is when I potty trained my son!’ I was a little confused and asked for more details… she made it sound so simple. ‘All you have to do is leave his diaper off and hover him over the toilet about every 15 minutes, eventually he will be able to signal to you when he has to go.’ I’m embarrassed to say I tried it for a day… needless to say there was a lot of poop and pee pretty much everywhere, and I spent the whole day cleaning it up… what was I thinking?!”

From a mom: “My daughter, when she was 18 months old (now 8) used to get so mad and bite herself on the arm or knee, and sometimes bang her head on the ground — it didn’t matter what type of floor (concrete, carpet, tile, etc.). I took her to the doctor and he said she’ll outgrow it, she’ll learn that if it hurts, she won’t do it anymore. Yeah right! I let it go and ignored her, with the thinking of she is just getting attention and I am not going to give in. She did stop banging her head, but like I said she is now 8 and she will still bite herself. Not a lot, only once in a very blue moon, but she still does out of frustration. I am willing to bet, that if I did not get the advice I did when it all started, things would be different.”

Drugging for a flight

From John, dad of three: “You know, I can’t remember who gave the advice. I think it was either my mom or my wife’s. We were flying to Oregon when Owen was almost 2. Someone said we should give him Benadryl for the flight. I was all for it and Val wasn’t. I said drug him and we did. The Benadryl had the opposite effect. The entire flight he was moody and wild. Val gave me many ‘I told you sos!’”

From Marissa, mom of one: “When Seth was 8 months old, my mom gave him .25 mg of Valium. Luckily we ‘tested it’ the night before the flight because he was a maniac! She was so confused because when I was 18 months old we flew to Australia and back and the flight home she had ‘sleeping tincture’ which she had gotten there and it was just liquid Valium and I was an ‘angel the whole flight.’”

From Brooke, mom of one: “When Eliott was 4 months and exclusively breastfed my mother convinced me he needed to eat a banana that she mushed up and fed to him with a spoon for breakfast. I said no, but she insisted it was fine, and said, ‘See he loves it!’ after giving him a taste. I relented, and I wasn’t paying attention but she gave him practically the whole thing. He didn’t nurse at all the rest of the day and didn’t poop for two days. Ugh!”