In a scenario no parent wants to imagine, a Texas dad found himself beating a man to death when he discovered him molesting his young daughter. Were his actions questionable, or is he a hero?

Related story Jennette McCurdy Reveals the Way Her Abusive Late Mother Spoke to Her: 'You're an Ugly Monster Now' 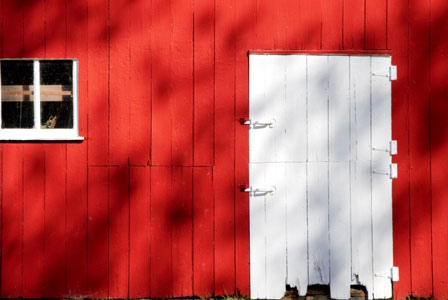 In Texas, a father heard screams coming from a barn and found his 4-year-old girl being molested. In his efforts to save her, he wound up beating her attacker so severely that the man died. It’s not clear if he will be charged with murder in the death, and the dad has expressed remorse and regret that he killed the man, but when is it acceptable, if ever, to take the law into your own hands?

While residents of the family’s Texas town stand behind the dad and his actions, there are those that say that he should still be tried in a court of law. “If someone is killed, then you have to have a trial to establish what happened,” said a commenter on Mail Online’s article. “You can’t just kill someone and say, ‘He molested my daughter.’”

Most parents we polled, however, not only thought that the dad should not be charged, but that they’d likely do the same thing. Lindsay from Kansas, said, “Agreed 100 percent on not charging the dad. I personally hope the molester suffered. That little girl will be scarred for life and she cannot change that! Eye for an eye. That man ruined the little girl’s life.”

Shelly, mother of two, agreed. “I can say with 100 percent certainty that if I came across someone hurting a child… especially my child… I would react the same,” she shared. And Lindsay from Texas concurred that the law is likely on his side. “Open and shut case as long as his story pans out,” she told us. “Texas law protects those defending a third party that is incapable of protecting themself. Just glad the little girl is safe.”

Ashley, mother of three, has bad memories of her own on the subject. “After being molested as a child myself, I feel for this little girl,” she shared. “I believe the father was only protecting his child. If someone did this to one of my daughters I know I would react strongly.”

And still others felt that the father’s actions would make him a hero not only to his community, but his little girl as well. “Imagine being this 4-year-old child and having your daddy come in and save you,” Heather from Oregon explained. “I think that heroic act will help her get through this and feel safe. The molester didn’t need to die, but the act of the father beating him was absolutely justified.”

A grand jury will decide if charges will be filed in this case, but most do believe that he acted within his rights protecting and defending his child.

Do you think this dad should face charges after beating his young daughter’s attacker to death?

More on protecting our kids

21 hrs ago
by Cristina Velocci