What were on the minds and Twitter feeds of some of our favorite celebrity moms this week? Singer Jewel showed off her new “perfect” teeth on Twitter, while Gwyneth Paltrow defended her use of the “n-word” in a tweet. Former Wonder Years star Danica McKellar tweeted about her divorce, while Bethenny Frankel continues to give us hints via Twitter about her rumored divorce and pregnancy. Alyssa Milano rounds out our list of the top celebrity mom tweets of the week! 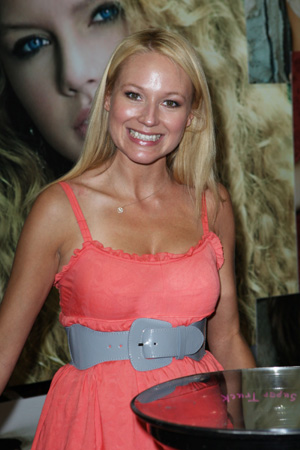 Singer Jewel is known as much for her unique, crooked-teeth smile as she is for her folksy songs, so it came as a surprise when she tweeted a photo of her new perfect teeth! The singer, who is playing June Carter Cash in a new Lifetime movie, wrote:

“Here I am as June in my trailer with her blue eyes and perfect teeth,” she tweeted, using the hashtag “ring of fire.”

Check out Jewel with perfect teeth and blue eyes here >>

We have to admit, she looks gorgeous, however her new teeth are only temporary. “I am proud of my flaws and you should be too. Not only do I think my horrible snaggletooth is uniquely beautiful, it also comes in handy,” she recently told Jimmy Kimmell.

We love her confidence!

She also tweeted about her 10-month-old son, with the cool baby name of Kase.

“Here we are all moved in to our new house in Atlanta! Kase did great travelling. I did a 5 hour fitting, & tomorrow I record as ‘June’! Fun” she wrote.

Gwyneth Paltrow caused a bit of controversy with this tweet when she was at a Jay-Z concert with friends:

“Ni**as in paris for real @mrteriusnash (the dream) tyty, beehigh,” she wrote, with a link to Jay-Z on stage.

She then responded to one follower who wrote: “Okay or Not? [Gwyneth Paltrow} Tweets the N-Word.”

“Hold up. It’s the title of the song!” she quickly responded.

Gwyneth was referring to Jay-Z and Kanye West’s song, “”Ni**as in Paris,” however her tweet still raised some eyebrows. Do you think her tweet was appropriate?

She also tweeted a photo of her daughter, Apple, rocking out at her father’s Coldplay concert. Lucky girl!

“Take your daughter to work day,” wrote Gwyneth, with a link to a photo of her cute daughter.

“No one better give me (expletive) about being late to the #LAKings game,” tweeted Alyssa Milano. “Milo was stung by a bee. I had to take him to the emergency room. He’s ok!”

She then responded to a follower who wrote: “BC Stanley Cup Investigation: Was Alyssa Milano wearing a bra at Game 3? We’re not asking her!”

“My braless days are behind me,” she quipped back.

She also wrote about the death of writer Ray Bradbury. “I’m going to introduce my son to the public library today in honor of Ray Bradbury. #RIP” she tweeted. 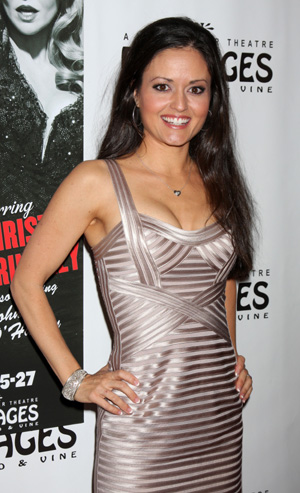 Former Wonder Years star Danica McKellar (remember Winnie Cooper?) has filed for divorce from her husband, composer Mike Verta. They have one child together, 1-1/2-year-old Draco Verta, and she is seeking joint custody.

“Thank you so much for all your love and support during a tough time!” she tweeted.

No word what caused the split, however she did give an idea on what is going on with her relationship with this tweet: “You cannot be lonely if you like the person you’re alone with. – Dr. Wayne Dyer.”

She also wrote about the joys of being a mom.

“Sometimes when we pose for a picture he tries to eat my face off,” she wrote with the hashtag… #lovebeingamommy and a link to a cute photo.

Bethenny Frankel has been on the rumor mill lately as she is reportedly divorcing her husband Jason — and is pregnant! Of course, all the publicity she is putting to good use to promote her new talk show. Judging by her tweets, however, she is neither divorcing nor pregnant!

“We just had skinnygirl white sangria with cut up fresh fruit. Such a pretty and refreshing summer cocktail!” she tweeted.

Would health-conscious Frankel drink while pregnant? We don’t think so!

As far as the rumored divorce, she tweeted: “Jason & I are at lunch & the waiter is a hot young single guy. Should I ask him to bartend on my show?”

The busy mom of daughter Bryn also shared a cooking with kids tip: “The way I manage to cook & watch bryn is I get her involved ie: she likes the salad spinner or helping me stir. What do u do?” she wrote.