It’s become common on YouTube — tweens and teens using towels, belts, their own hands or hyperventilating to make themselves “choke” and pass out. They do it for that brief high feeling, but it is anything but a game. 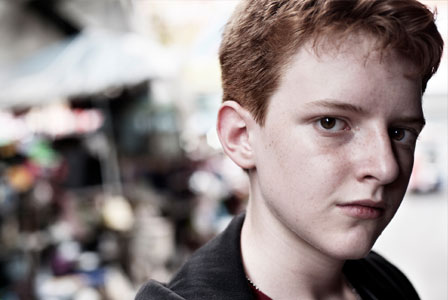 Keep reading for what to say to your kids about this sometimes fatal game.

According to the Healthy Teens Survey conducted in 2009 by the Oregon Health Authority, about 6 percent of 8th graders and 7.5 percent of 11th graders reported that they had participated in the game. Boys and girls participate in equal numbers, with black males and Pacific Islander males and females showing the highest percentage of participation.

Any young person could be intrigued enough to try the choking game, but it is mostly done by boys and girls between the ages of 9-16 years old. Many believe that the game is harmless. This is especially true if they have participated previously with no ill effects.

Parenting expert Michele Borba, Ed.D. says, “The Choking Game can be “played” as a dare game in a group and has become popular at slumber parties. Kids take turns “choking” each other or another kid gives a hard bear hug from behind or applies pressure under the child’s heart (usually with the head of the other participant) until the victim passes out.” This game has actually been around for several decades, but participants now use ropes or belts more often and are doing it alone, making it even more dangerous.

Find out about another dangerous trend for teens >>

Why is it dangerous?

The idea behind the choking game is to release the pressure on the carotid artery just before passing out. Wait too long, and a rope or belt around the neck tightens as the weight of the unconscious body pulls down. There is also a chance of seizures or stroke.

Playing the choking game even once causes the permanent death of a large number of brain cells. Without oxygen to the brain, a person will suffer noticeable brain damage in only three minutes — increase that to five minutes and a person will die. Often the choking game starts out as a group activity, but participants become addicted to the rush and continue to do it alone. Being alone greatly increases the chance that someone will die from this risky game. According to Dr. Gregory Ramey, child psychologist and vice president at Dayton Children’s Medical Center, “There is no safe way to play this game. It is more dangerous than many drugs, with brain damage and death both possible consequences.”

In 2008, the Centers for Disease Control (CDC) reported 82 deaths attributed to the choking game and other strangulation activities for the time period between 1995-2007. The majority of those victims were adolescent males between the ages of 11-16 years.

Find out about a party game that can kill >>

What else is it called?

Parents need to speak to their adolescents about the dangers of the choking game, before it’s too late.

Helping teens take responsibility for their health
Teens and meningitis
Can blogging be therapeutic for teenagers?