A mother was asked by a deputy to leave a courtroom to breastfeed her baby, and is now suing her county. Should they be made an example of for not following state law, or is this a frivolous lawsuit? 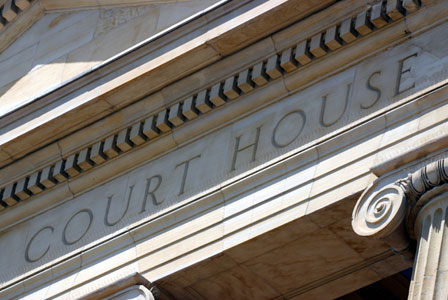 Natalie Petrovic, waiting in a courtroom to apply for food stamp benefits, was nursing her 7-week-old baby daughter in April when a female deputy insisted that she either stop breastfeeding her baby or feed her in the restroom. Worried about losing her benefits, she complied, but has now filed a lawsuit against Cook County in Illinois. Who was in the right here?

The letter of the law

The Right to Breastfeed Act, which passed in 2004, reads:

“A mother may breastfeed her baby in any location, public or private, where the mother is otherwise authorized to be, irrespective of whether the nipple of the mother’s breast is uncovered during or incidental to the breastfeeding.”

Natalie, who was attempting to breastfeed in public for the first time, was nursing her little one under a cover when the deputy asked her to cease feeding her child or move to the bathroom. She knew that the deputy was likely in the wrong but she didn’t want to create a problem so she stopped nursing.

Illinois, like many other states in the U.S., has laws protecting a mother’s right to breastfeed her child at any location, public or private, that she is legally entitled to be. You don’t even need to have a cover — breastfeeding is your right and you cannot be asked to move, cover up, or stop nursing your child.

The lawsuit hopes to bring about an injunction to enforce this right in the courtroom as well as attorney’s fees and the cost of the lawsuit.

Some felt that this lawsuit was unnecessary and that women breastfeed in public for attention. “These women that do this are doing it for publicity on this issue,” stated a commenter on Huffington Post. “They can pump their breast milk into a bottle. If that’s just to [sic] hard, breast feed in your car! Oh and for this woman, if ya can’t feed your kid, don’t have one!”

Others feel that this mother was totally in the right for feeding her baby in public as well as filing a lawsuit. “You might realize that babies need to be fed or they die,” shared another commenter. “Perhaps women are nursing because their babies are hungry and need to be fed and breast milk is healthy food.”

Rachelle from Ohio agreed. “It is good grounds for a fight!” she told us.

Only time will tell what will happen with the lawsuit, but clearly the deputy was not in the right so it’s likely Natalie will win. And as more and more moms use their right to breastfeed in public, it’s hoped that the sight of nursing a baby won’t seem any stranger than seeing a little one drinking from a bottle.

What do you think? Is this lawsuit frivolous or valid?