Celebrity moms were tweeting their way to the bank this week! In fact, read the two tweets from Jessica Simpson that earned her over $4 million dollars! Bethenny Frankel took to Twitter again this week to promote her new talk show, in between giving us hints on those pregnancy and divorce rumors. Teen Mom star Jenelle Evans also addressed pregnancy rumors… with a sexy photo. Brandi Glanville fights back on Twitter about rumors, while Jillian Michaels talks baby talk and her decision to come out as gay. 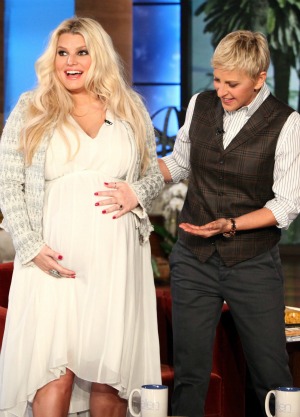 For most of us, we don’t earn a dime off our tweets — but when you are Jessica Simpson, each 140-character tweet can bring in big bucks!

“So excited to be a part of the @WeightWatchers family!” tweeted Simpson, whose deal with the company to lose the baby weight earned her a cool $4 million.

Perhaps there was a method to her madness when she reportedly packed on over 50 pounds during her pregnancy as she indulged on buttered pop tarts?

“It’s official, I’m joining Weight Watchers!” she said in a statement. “The cool thing about the program is that it focuses on healthy habits for the long-term (and I can still indulge in my guilty pleasures every now and then too). I have actually gotten a group of friends together who are going to be doing it with me.”

“Everyone meet the prettiest lil lady in the world, Maxwell Drew Johnson,” she tweeted, with a link to the People magazine cover of her and her daughter.

There are rumors flying that not only is Bethenny Frankel divorcing, but she is pregnant as well. Let’s decipher her recent tweets to see if we can get an idea of what is really going on.

It sounds like she and her husband Jason must not be doing too bad if he is happily doing yard work at their house?

Now, as far as those pregnancy rumors, Frankel tweeted:

“No I’m not pregnant. No I’m not fat. Check out my new bathing suit. I love it. SO BRIGHT!”  the Teen Mom tweeted, with a link to her in a bikini showing off her new breast implants.

“I’m not pregnant. I gained weight from my surgery and now all that extra weight is gone. I have birth control in my arm it’s called Implanon,” she continued. “Maybe if I stop eating for a week my Fiance would love me,” she said, saying that then “tabloids can stop saying I’m pregnant.” 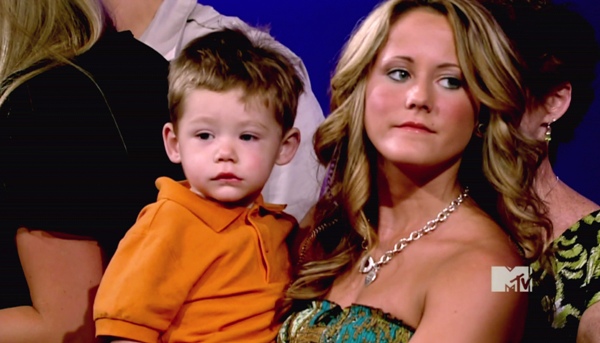 Real Housewives of Beverly Hills star Brandi Glanville took to Twitter to clear us some nasty rumors — and she put her RHOBH co-star and frenemy Adrienne Maloof on blast!

“ur staff (mouthpeice) is try n 2 sell a story- me drunk around my kids. Untrue! &I will fight back & u WONT like it, promise,” tweeted Glanville to Maloof.

“I am so fed up with BS people trying to get stories printed in return for plot line info. Trust me wen I say the truth always comes out!” she continued. “Its about to be on like Donkey Kong!”

Maloof’s response? “I’m sorry this is happening to you. It’s definitely not coming from my camp,” she tweeted back.

Alicia Silverstone tweeted about what she fed her son, Bear Blu, for breakfast. “this morning for Bear’s breakfast i made rice pudding…i also gave him tempeh, avocado, and carrots…yum!” she wrote.

No word if this meal required a pre-chew.

Former Biggest Loser trainer Jillian Michaels, who recently came out as gay, tweeted about the trials and tribulations of being a new mom. She adopted a 2-year-old daughter from Haiti, and her partner, Heidi, just gave birth recently to a baby boy named Phoenix.

“My two year old has learned the word ‘No.’ Oh dear,” she wrote. “trust me. There’s no lack is sass on this little one.”

“I Got busted by a stranger today singing poop goes in the potty to myself at a salad bar,” she later wrote, with the hash tag #EMBARRASSED.

“I’ve been dying to share my story with you for so long. It’s finally time… “ she wrote, with a link to a video interview of talking about her decision to come out as gay and to adopt.