The Social Security Administration’s list of the top 100 boys’ names is out — and we have noticed some cool new baby name trends. Find out which names are at the top of the list and which baby boy names we predict will be the coolest baby boy names on the playground. 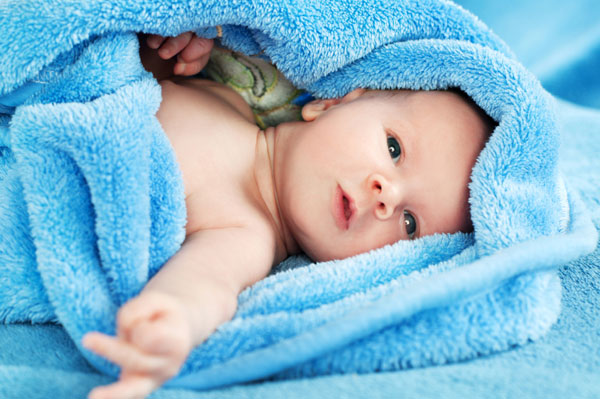 The top 100 boys’ baby names list shows that parents love the name Jacob. In fact, Jacob has been the most popular baby boy name for the last 13 years, according to the Social Security Administration who tracks baby names. Who else made the list?

The Social Security just released the most current top 100 boys’ names — and we have rounded up the top 10. Mason is the only new name to the list, kicking off the name Anthony to number 11.

As we mentioned earlier, Mason ranked number 12 last year, but jumped up to the number two spot this year — perhaps due to the popularity of Kourtney Kardashian’s son Mason? The following 10 names moved up the baby name list the fastest and are destined to be the hottest boy names:

The popularity of the name Brantley could be due to Brantley Gilbert, the country singer whose song “Country Must Be Country Wide” hit No. 1 on the country charts. Modern sounding names, such as Iker, Ziden and Nico are burning up the chart! We also see a literary influence here, thanks to Atticus Finch from the Pulitzer Prize-winning book, To Kill a Mockingbird.

Longer baby names have a refined sound to them and many parents are choosing these names for their baby boys. Looking at the list above, Maximiliano is one of the fastest climbing boy names and it can easily be shortened to the cute name Max.

Other long names on the top 100 boys’ list include:

Some of the trendy names have a switched-up spelling or a cool, modern sound to them. Here are some examples from the top boy list:

Many parents are still leaning towards old-fashioned or classic boy names, however trendy or new-age baby names are starting to climb the chart.

Spanish baby boy names are a popular choice for parents here in the U.S. They are great names with an exotic flair. Here are some of the top Spanish boy names:

Lastly, Elvis is back from the dead… sort of! After dropping off the top 1000 boys’ list last year, he is back this year at number 904.