Could obstetric ultrasounds be a risk factor for autism? With parents of autistic children looking for an answer, any theory could be the right one. Read on and decide if this is a theory worth investigating. 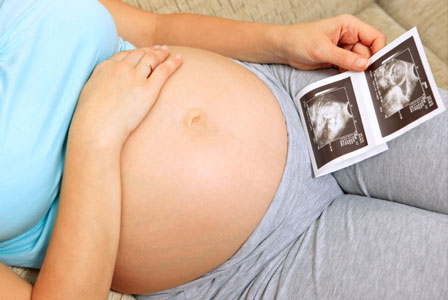 A new theory put forth by well-known writer John Elder Robison actually isn’t so new at all — researchers have already been studying whether obstetric ultrasounds could possibly be a risk factor in the development of autism.

Some parents agree that more research should be done while others worry that their child’s autism could have been prevented — and still others believe that theories should be kept to the experts.

The theory is explained by Dr. Manny Casanova from the University of Louisville, who, along with his colleague Emily Williams, have long studied sonography and its effects on cells. While not claiming that sonography is a cause of autism, he contends that the recent upswing in the number of early ultrasounds is a notion that may need to be investigated, considering the greater prevalence of autism in our society. Could there be a connection?

Ultrasound uses sound waves and has the capability to produce images of internal structures (such as a growing fetus) as well as promote cell growth, dilate blood vessels and produce lesions in neurosurgery, such as what lasers are used for. It’s unknown whether these sound waves affect the developing brains of an embryo or fetus, but to be on the safe side, Dr. Casanova cautions parents and their caregivers to limit ultrasounds in the first trimester unless they are absolutely necessary, at least until more is known.

On the right track

Some parents felt that there may be something to this theory after all. “Obviously, not everyone subjected to ultrasound develops the types of neurological differences resulting in an autism spectrum label… but a risk factor?” exclaimed a commenter on Robison’s Facebook page. “How much sense this makes! This is something I’ve been questioning for years, especially given what little we know about how the CNS develops, and the hyper-acute hearing and common sensory, cerebellar, and other differences of many on the spectrum.”

Many parents feel that the benefits of sonograms outweigh any potential risks — and also that this theory may cause undue worry for a mama-to-be.

Jessica, mom of one, felt the same. “I have had a ridiculous amounts of scans because of my kidney issues, and I had many while pregnant,” she said. “I feel ultrasounds are one of the safest ways to look inside our body.”

Leave the research to scientists

Other parents felt that these sorts of theories are not only pointless but they waste valuable time and resources. “The doctor stated himself that this needs more work — appropriate longitudinal studies that takes into account all factors including genetic, environmental, and so on,” shared Sarah, mother of two. “That will be one hell of a study and I feel bad for the lackies that will have to enter that data.”

Erika, mom of one, agreed. “Science is concerned with the search for truth,” she explained. “Scientists work to find links between exposures and diseases based upon topic area knowledge and prior research. Whenever new pet theories are popularized, monies that might otherwise be used to support valid and important research may be funneled into something that has less merit. While it is understandable that parents want answers, it is dangerous to create a frenzy over one person’s unscientific theory.”

While the question of whether ultrasounds are indeed a risk factor for autism is up in the air, it probably isn’t a bad idea to limit sonograms when and if you can. While they are used as a valuable diagnostic tool, sonograms for fun should probably be limited until we know more about what potential changes they may have on an unborn baby.

What to expect from the 20-week ultrasound
Should you find out baby’s gender in utero?
Third trimester ultrasounds