What were our favorite celebrity moms tweeting about this week? Katherine Heigl just adopted her second daughter, baby Adalaide, and showed off her sewing skills on Twitter, while Jillian Michaels not only revealed she is a new mom, but is also gay. Is Bethenny Frankel’s marriage really heading towards a divorce? We read between the lines in her tweets for clues. Jenny McCarthy and Snooki keep us entertained via Twitter, while Gwyneth Paltrow tweets a photo of Apple’s new pink hair! 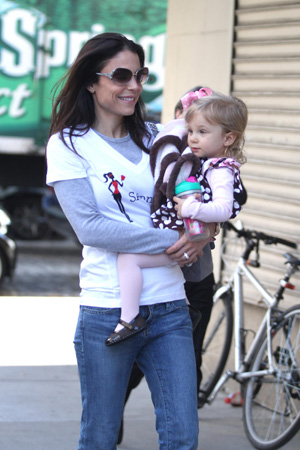 Sources are saying that Bethenny Frankel and her husband, Jason Hoppy, are headed for splitsville. One Twitter follower tweeted to Bethenny the million-dollar question: “Are you getting a divorce?”

The former Real Housewives of New York cast member and Skinnygirl mogul side-stepped that question… by promoting herself.

“We’re going to talk about EVERYTHING on my show! June 11 on @foxbroadcasting,” she wrote, referring to her new daytime talk show.

“Love you but (expletive) this tweet. Don’t do that… Pimp out a possible divorce for ratings on your new talk show,” responded another follower.

As to confuse us even more, Bethenny then tweeted about her husband: “Is this TMI? Big changes in LA. Bryn made in the potty!!! Jason…bryn & I r having a dance potty.”

Bethenny must have read our article on potty training secrets!

Actress Katherine Heigl keeps her Twitter account all-business, tweeting about her charities and movies, but luckily her husband Josh Kelley shares cute details about their daughter Naleigh. While he hasn’t opened up about their newly-adopted daughter, with the unique baby name of Adalaide, he did tweet this little nugget, which Katherine re-tweeted:

“Moma @katieheigl making naleigh a new nightie…she’s gettin good at this sewing thing,” he wrote, with a link to this photo of Katherine holding a cute nightgown.

Josh later tweeted, “My lil princess traveling with daddy back home from the BMW golf tournament.”

Katherine may be keeping tight-lipped about her own babies, but she did answer this question from a follower who wanted to know if the baby from her movie Knocked Up was the same as in the movie Life As We Know It.

“No the movies were several years apart,” she tweeted in response. “The baby in Life As We Know It was in fact three bundles of joy. Identical triplets!” 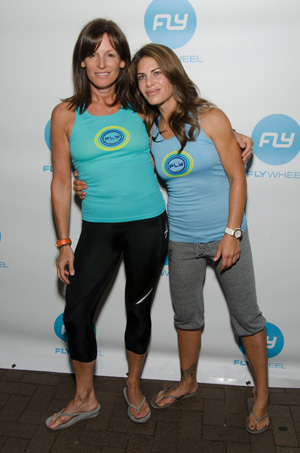 Former Biggest Loser trainer Jillian Michaels, pictured here with co-founder of Flywheel Sports Ruth Zuckerman, tweeted about the happy news that she is a mom — twice over. “I’m really happy to share that my daughter is finally home & my son was born on 5/3,” she wrote.

Jillian adopted a 2-year-old daughter named Lukensia from Haiti — and she also revealed that she is gay and her partner, Heidi Rhoades, also gave birth on May 3.

“I wish I could respond to every kind message I’m receiving from you all. I’m seeing and we are reading them. THANK YOU,” she tweeted.

Snooki revealed the sex of the baby — and it’s a little guido! Fist pump!

“It’s a boy! Yayayayayy,” she tweeted.

“Off to see What to Expect with Jionni!” she wrote, referring to the movie What To Expect When You’re Expecting. “This should be educating for us.”

We aren’t sure what happened at the movie theater, but Snooki later tweeted: “Don’t mess with a pregnant lady is An Understatement.”

Jenny McCarthy is hilarious and you can often count on her tweets for a good laugh.

“How long will it take for this guy to know I just tooted?” she tweeted, with a link to a photo of her sitting next to a sleeping man in an airport.

The hot mom later wrote, “My comment on posing for Playboy: Why should only 20 yr olds be considered sexy? Let’s here it for the MILFs.”

Jenny, who has been an outspoken advocate for her autistic son Evan, later tweeted about their birthday celebration. “I had an awesome day at Disneyland with Evan. He’s almost 10. Which means I’m almost 90.”

“On my way to DC today. Flying with baby. What an adventure now that he walks. Sorry to other passengers,” tweeted Selma Blair, about her son Arthur Saint.

She also tweeted a little message to Charlie Sheen, as she and the actor are working on his new sitcom, Anger Management, together.

“@charliesheen I miss working with you already,” she wrote.

When you are the children of Gwyneth Paltrow and Coldplay’s Chris Martin, not only can you get away with naming your kids Apple and Moses, but you also get to call Jay-Z “Uncle Jay.”

“Yup. Uncle Jay at the O2,” tweeted Gwyneth, with a link to a photo of Apple (with pink hair!) and Moses doing the Jay-Z triangle sign at his concert.

20 hrs ago
by Raven Snook

20 hrs ago
by Eugenia Miranda Richman