It’s hard to believe that we lost Maurice Sendak today, the beloved children’s author and illustrator of Where the Wild Things Are.

Related story 10 of the Most Anticipated Books Coming in 2020 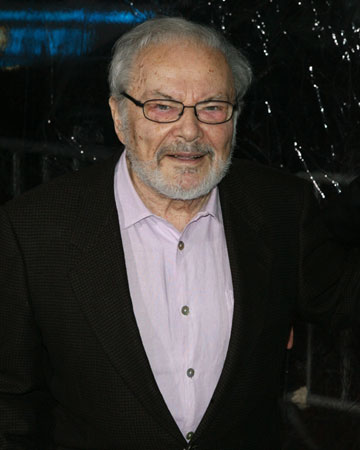 Grab your kids, a copy of one of Sendak’s books and do a little wild rumpus of your own today… we’re sure Mr. Sendak would approve.

What you may not know about Maurice Sendak

Despite being a children’s book author and illustrator, Maurice Sendak hardly grew up in a world of light-heartedness and whimsy. Born in Brooklyn in 1928, Sendak’s parents were Polish-Jewish immigrants, and as a child, Sendak was immersed in a time where family members became victims of the Holocaust. Life was generally dark, creating a bleak outlook on childhood that would become apparent in the books that Sendak would later create. In 2006, during an interview with NPR, Sendak says, “Childhood is a tricky business… Something usually goes wrong.”

Maurice Sendak’s sense of humor, which was commonly as dark as the night that Max sailed into on his way to see the Wild Things, was often lost on parents who saw his books as merely bedtime reading for their children, not looking deeper into his works. A recent Vanity Fair profile on Sendak revealed that he almost resented becoming such a household name. From the interview, Sendak tells Vanity Fair about a recent time when a woman came up to him, calling him “The kiddie-book man.” His response? “I wanted to kill her.”

Beyond Where the Wild Things Are

Although Where the Wild Things Are is, by far, Maurice Sendak’s most recognized piece of work, there are other Sendak classics that every family should have in their collection. 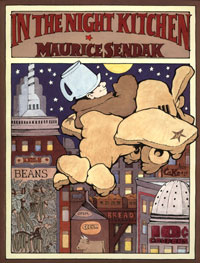 In the Night Kitchen, a sweet story about a child dreaming his way through a kitchen, is a must-have… perfect bedtime story material for little ones who are drifting off into the land of dreams themselves.

Other favorites for families include the books in Maurice Sendak’s The Nutshell Library, which includes four tiny little, individual books — Alligators All Around, Chicken Soup with Rice, One Was Johnny and Pierre.

Sendak has also illustrated many other popular children’s books over the years that have been written by other beloved authors. Do you recognize Sendak’s illustrations in the Little Bear books, by Else Holmelund Minarik? 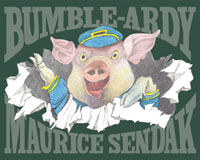 His most recent book, BUMBLE-ARDY, is the first book he’s written and illustrated in 30 years, and follows the life of a young pig who throws himself a birthday party after not celebrating for the first nine years of his life.

What do you think? Is Maurice Sendak’s new book inappropriate for kids >>

Do you have a favorite quote from a Maurice Sendak book? Here are some of our favorites that will help keep his memory alive.

“And Max, the king of all wild things, was lonely, and wanted to be where someone loved him best of all.” — Where the Wild Things Are

“‘And now,’ cried Max, ‘Let the wild rumpus begin!'” — Where the Wild Things Are