Did Whoopi make a whoops? On The View, she called lactation consultants “boneheads.” Is she making a fool of herself or does she have a point? 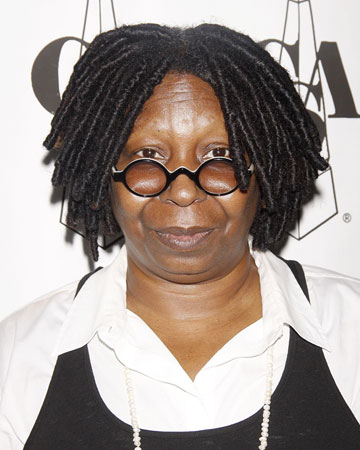 Whoopi Goldberg, one of the hosts on the popular television show The View, has ruffled the feathers of nursing moms with some recent comments. She openly disparages the initiatives put forth by NYC’s Mayor Bloomberg to make New York’s hospitals more baby-friendly, which include additional help and support for breastfeeding mothers.

Whoopi said on The View that those who try to help you with breastfeeding, such as lactation consultants, are militant and demanding. Calling such people “boneheads,” she asks Bloomberg to “back off” with his initiative, which he put together with Health Commissioner Dr. Thomas Farley.

She joked about the reason she didn’t breastfeed, saying that her child was born with a tooth — which truly must be a joke as breastfeeding can be done just as easily with a toothy child as without. Regardless, her comments were blunt, and many felt, pretty harsh. But not everyone felt that way.

Whoopi isn’t alone in thinking that sometimes staff at hospitals can come across as pushy when it comes to breastfeeding. “I am a breastfeeder, and I agree that it was frustrating to have the lactation consultant and nurses coming in and out of my room,” said Kimberly, a commenter on KellyMom.com’s Facebook page. “I was determined to nurse and was successful, but it was nerve-wracking. Whoopi just expressed some honest emotions.”

Bridey, another Facebook user, had another angle. “I breastfeed a 2-year-old and love to nurse, and support it wholeheartedly, but I feel like she has a point,” she wrote. “The government is in women’s business about so much and even though I think breastfeeding needs to be encouraged more, her anger about intrusion in women’s issues isn’t all that crazy.”

Jennifer, another commenter, was bummed when she watched the segment. “It’s disappointing, as an OB nurse in a hospital currently seeking the ‘baby-friendly’ status, to hear someone who has a powerful voice completely knock down what the initiative is trying to do,” she shared. “Lactation consultants can be very passionate, but nobody is trying to force women to breastfeed if they don’t want to.”

DeAnn, another user, agreed. “Contrary to what Whoopi said, in light of the hormones, fatigue, and newness of it all, having someone who is genuinely interested in your success with breastfeeding is wonderful.”

Breastfeeding in the media

Regardless of how strong (or wrong) you felt Whoopi’s comments were, she has a pretty big stage and lots of star power behind her. Is it really good for such a public figure to be so dismissive of the beauty and importance of breastfeeding?

How to breastfeed in public
The pros and cons of extended breastfeeding
Breastfeeding help: Getting baby to latch on