Move over Photoshopped models — a teenager has set into motion a rapidly-growing online petition for Seventeen magazine to stop altering their photos. Will they listen? 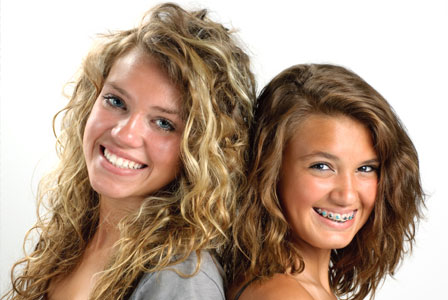 Over 20,000 signatures — and counting — have been gathered in a 14-year-old girl’s online petition to have a popular teen magazine publish one unaltered photo spread each month.

In response to Glamour magazine’s recent decision to stop making their models appear thinner, Julia Bluhm is now calling on the editors of Seventeen magazine to follow suit, at least in one section of the magazine. 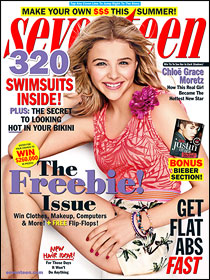 “I started this petition to help girls see that they’re not alone,” said Bluhm. “Seventeen magazine is supposed to be a relatable magazine, right? How can we relate to computer-altered photos? Seventeen is popular with my friends and lots of teen girls. If they agree to print one unaltered spread a month, they could start a trend that will help so many girls like me feel better about their bodies.”

It’s not news that magazines have been digitally altering images with Photoshop to make the models appear slimmer, have smoother skin or have plumper body parts in certain areas. The issue runs deeper here. Girls are inundated by the media in one way or another practically from birth — with beauty, age and size being the most commonly-touted assets of a female.

Is this the answer, though?

Some moms we spoke with felt that the movement is a step in the right direction but it really doesn’t address the real issue.

“I believe that as the parent of two young girls it is my responsibility — not the media’s — to provide them with a healthy attitude towards their bodies,” shared Jenna, mom of two. “Would it be helpful to my parenting if they showed only ‘real’ girls in magazines? Yes, but they will encounter skinny Photoshopped women at some point. Instead, I will arm them with the tools to love themselves for who they are.”

Lindsay from Texas agreed. “I love the idea, but this won’t solve the problem,” she explained. “It isn’t just magazines that present women unrealistically. Personally, most of my body image issues came from classmates. Being called fat on a regular basis is what hurts self-esteem, not looking at pictures.”

Other moms were thrilled with the idea. “Wow, this is awesome,” Tara, mother of one, told us. “It was hard enough growing up being told by my dad and grandmom that I was going to be fat like my father someday, and my sister always heckling my ‘bubble butt.’ I can’t imagine how much worse I would have felt about myself if I were exposed to the idealized people that are so prevalent in the media today. I commend this girl, and her idea. I hope the magazine listens, because seeing real teenage girls could really boost some self-esteem out there.”

Becky, mom of two, felt the same. “I love it,” she shared. “My kids are polar opposites but they’re both incredibly beautiful. Tall and skinny, short and muscular — if we were all the same, this would be a boring, boring place.”

Whether Seventeen magazine listens to the call of thousands of people has yet to be determined, but Bluhm has the best interests of her peers at heart. We as parents should strive to instill self-esteem in our girls by being positive role models ourselves, and guide them in the right direction.

Are these teen girls faking their illnesses?
How to deal with mean-girl cliques
Are we glamorizing teen moms?