So intense is the nursing mother’s dedication to her baby that sometimes weaning can unexpectedly lead to depression in moms. Here’s how to determine if you’re feeling blue because your baby is no longer at the breast, and what to do. 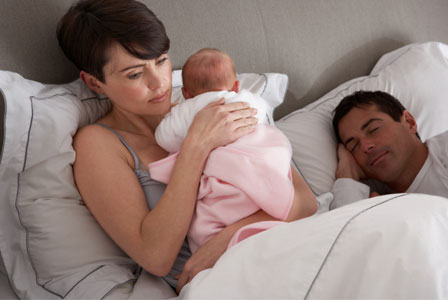 A nursing mother is on call 24/7, particularly in her child’s first few months of life. These mommies have committed to nourishing their infants, and thus nurture a close mother-child bond. A breastfeeding mother is so devoted that she may not even realize how much a part of her life nursing has become… until it’s gone.

Guide to breastfeeding for working mothers >>

Why weaning can cause depression 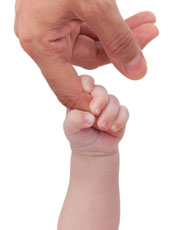 Many moms fear postpartum depression, but many nursing moms are unaware that depression can also occur during and after weaning. “When women stop nursing out of a feeling of confidence, and not a feeling of giving up because she is powerless, the chance of sadness and depression is significantly lessened,” says Sara Chana, board-certified lactation consultant.

This unexpected emotional change can often attack mothers who stop breastfeeding because of pain or discomfort when nursing, or because they’re medically advised to cease nursing. They associate breastfeeding with failure. “She needs to wean from a position of strength and not weakness,” says Chana.

Depression from weaning is less likely if a mother allows her child to initiate the weaning rather than trying to force the weaning upon the child. “If the baby weans herself and the mother and baby had a good nursing relationship then [the] mother and baby will feel fine with the weaning,” says Chana, who adds that self-weaning usually doesn’t occur before the age of 2.

Yes, there are times when nursing can feel like a chore, when pumping is a pain, when you just want to be “off duty” for a night. You don’t have to love every aspect of breastfeeding, but that doesn’t mean you have to stop cold-turkey. Find ways to work around the elements that don’t please you.

“Sometimes women get so overwhelmed about things like pumping or putting their child on a schedule or having their babies sleep through the night that they believe it’s the breastfeeding that is a problem when it’s often situations around the breastfeeding,” Chana explains. “I would rather a woman just give her baby a bottle [of formula] while she is at work and breastfeed when she is around her baby rather than pump if she hates pumping.”

When should you stop breastfeeding? >>

How to avoid the booby blues

Some nursing mothers may believe their bond with their child is tied exclusively to breastfeeding. But the comfort, security and peace that both you and your child feel through nursing can be found via other avenues. Chana advises continuing activities with your child that support your one-on-one relationship like reading a book, bathing or just cuddling.

“Writing in a journal about your weaning experience is a great way to process what you’re going through,” says Shelly Birger Phillips of Awake Parent Perspectives. “You might write about what led you to wean, how you felt during the process and what your fears are about how your relationship with your child will change now that you’re no longer nursing.”

Even if you’re weaning from a position of strength, depression can still occur because the surges of the hormone oxytocin that come from the baby latching on are now absent, explains Chana. “Ways to get oxytocin other than breastfeeding is getting a massage, exercising and being intimate with your mate.”

You’ve spent so much time nourishing your baby, but your role as a mother is not diminished once you’ve reached the bittersweet time of weaning. Now you’ll just have more time to expand your motherhood role.

Breastfeeding myths: From low-milk supply to diet
Why moms choose to breastfeed
The pros and cons of extended breastfeeding