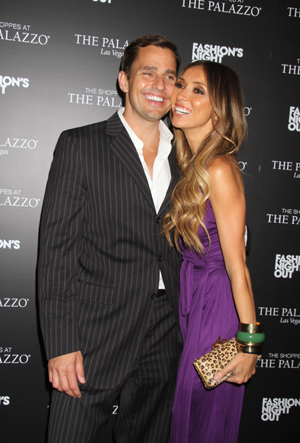 After failed IVF treatments, a miscarriage and breast cancer, E! News anchor Giuliana Rancic and her husband Bill Rancic are expecting a baby via gestational surrogate.

“Yes…it’s true! We’re having a baby!” tweeted Giuliana, with a link to an article revealing the details.

Her husband echoed her sentiments, tweeting: “The Rancic family is growing….thank you for all the prayers & support!!!”

“How sweet is [Bill] making that great gift basket for our gestational surrogate?” Giuliana tweeted, with the hashtag #goodman.

Many celebrities tweeted their support, including Kim Kardashian, who tweeted:  “I am so happy for Giuliana & Bill! No one deserves this more than you! I can’t wait to meet your baby soon! Xo”

“David in Beijing!!” Victoria Beckham tweeted, with a link to a photo of an Adidas billboard of her hottie husband David Beckham. “Harper loved seeing Daddy here!!!”

It may feel like Jessica Simpson has been pregnant forever, but she insists her bun is still in the oven.

“To everyone who keeps congratulating me on the birth of my baby girl…I’m still pregnant!!” she tweeted. “Don’t believe what you read ladies and gents.”

Any designers want to whip up this special request from Jess? “I just woke up from a dream that I wore a leopard caftan in the hospital. Fabulous!! Now I need to find one!” she wrote. 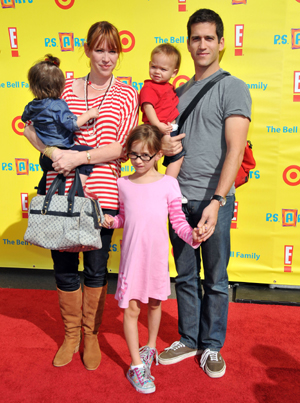 “Moms, don’t show up on the kids playground in spandex,” Molly tweeted. “It’s not even a good look in the gym.”

It sounds like Molly is a fan of Lady Gaga… but her daughter isn’t a fan (at least of her mom’s singing).

“I used to have The Smiths playing in my head. Now thanks to the 8 year old it’s Zack Binspin,” she tweeted, with the hashtag #wheniwascool

We still think you are cool, Molly!

“Phenomenal” was Snooki’s response when The Insider tweeted:  “Snooki says getting her ultrasound was ‘creepy.’”

“You know, just to think that you can actually reproduce another human being, it’s just mind blowing. It’s so weird,” the article from The Insider quoted Snooki as saying. 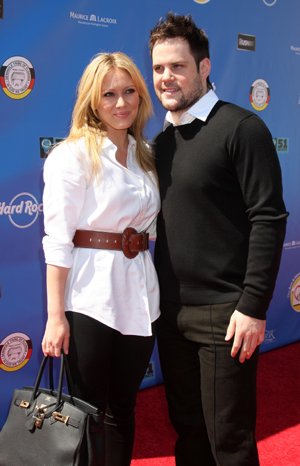 It sounds like Pink’s daughter, Willow, has inherited her mom’s musical talents.

“Turns out my daughter plays the bells, too,” Pink later wrote.

“Am I the only mama that cries in “it’s a small world”? I’m such a weirdo,” wrote Pink.

“Hangin with the nugget! Getting big fast!” tweeted new mom Hilary Duff about her baby boy Luca. “Still can’t believe this little guy was all scrunched up inside my belly!!”

Yes, we know Lady Gaga isn’t a mom – but she is tweeting about her mom… so that counts, right?

“Is it wrong that sometimes when people call me, I break out into ‘Telephone,’ my mom always does Beyonce‘s part.”

Tell us: What was your favorite celebrity mom tweet?