When it comes to technology, how do you decide how much is too much? Deciding your rules for how much screen time to allow your child can be hard enough, but what happens when you and your spouse can’t agree? 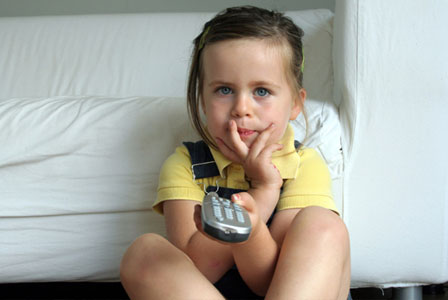 Read on for the things to think about when debating with your spouse about the right amount of screen time for your children.

How to compromise about technology

So you and your spouse can’t decide on how much exposure (if any!) your child should have to technology. One parent is saying television, computers and smart phones are OK and the other wonders what happened to books and playing outside? When coming to a compromise with your spouse, consider the pros and cons of screen time for your child.

Technology has its good sides

Is your child even ready?

When debating with your spouse about how much screen time your child should have, Tim Woda, a digital safety advocate and co-founder of uKnow.com (a provider of parental intelligence systems), says you should first decide if your child is even ready for a cell phone, computer or tablet. He suggests considering these factors:

So how much technology is too much?

If you’re ready to allow your child a certain amount of screen time, how do you decide how much is too much?

According to the American Academy of Pediatrics (AAP), 90 percent of parents report that their children younger than 2 watch some form of electronic media. By age 3, almost one-third of children have a television in their bedroom.

The Kaiser Foundation conducted a study and determined that 8- to 18-year-olds devote an average of seven hours and 38 minutes to using entertainment media across a typical day (more than 53 hours a week). And because they spend so much of that time ‘media multitasking’ (using more than one medium at a time), they actually manage to pack a total of 10 hours and 45 minutes worth of media content into those seven-and-a-half hours.

The AAP recommends that children older than 2 have no more than two hours per day of screen time; this means to all forms of technology that uses screens. And for children under 2, they don’t recommend it at all. They say the lack of evidence supporting educational or developmental benefits for media use was one of their key determining factors.

How do you limit screen time?

Claire Haas, an early childhood educator and vice president of education for Kiddie Academy says, “While the two-hour goal of daily screen time might seem difficult to meet, parents need to strive to keep that human connection with their children and stimulate their brains in other ways. The best way to do this is to start early before there are any habits to break.”

Once you and your spouse have come to a decision about how much screen time you’ll allow your kids to have, make sure you present a united front when relaying the rules. And if you and your spouse ever feel the need to “pull the plug” on some screen time to make room for family time, don’t feel guilty for a second. Because being connected to your kids is more important than your kids being connected to their gadgets.

More on technology and your kids

How to help your kids break the screen habit
Travel with kids: Take technology?
Your kid’s first computer: What to look for

8 hrs ago
by Cristina Velocci