Whether your daughter’s favorite subject is physics or she struggles a bit with algebra, sometimes you just want to give her a little inspiration. 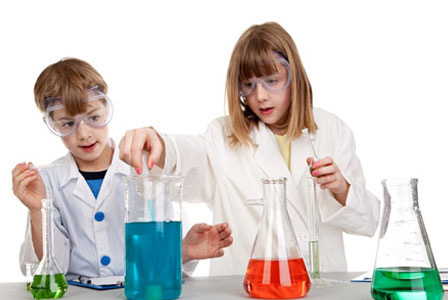 Girls who grow up to be prominent scientists aren’t anomalies; they’re girls just like your daughter who persevered and made scientific dreams come true.

We know offhand fewer names of prominent female scientists than we do male scientists – but that doesn’t mean that women can’t do math and science, and do it well. The next time your daughter needs a little womanly scientific inspiration, talk about these exceptional women from history and present day.

Hypatia, of Roman Egypt, was the first notable woman in mathematics. She studied – and taught – mathematics, philosophy, and astronomy at a time when women in sciences were exceedingly rare.

Mary Somerville studied mathematics and astronomy even though her father discouraged her from studying science, and her first husband showed no encouragement either. Despite the obstacles of societal expectation, Somerville was the second woman scientist to receive recognition in the United Kingdom.

Marie Curie, physicist and chemist, pioneered research into radioactivity, discovering two chemical elements and working with radioactive isotopes. She was the first woman to receive the Nobel Prize – and the first to receive two Nobels in different subjects. In addition, Curie was the mother of a Nobel laureate Irene Joliot-Curie; she’s a role model for moms raising scientist daughters, too!

Lise Meitner, nuclear physicist, was part of the team that discovered nuclear fission – but her contribution was overlooked when the Nobel committee awarded the prize in physics in 1944 solely to her colleague. She continued her research, however, later received other awards, and had an element, craters on the moon and Venus, and an asteroid named after her.

Barbara McClintock was a botanist and cytogeneticist whose research into the genetic structure of corn led to discoveries of fundamental workings of genes, including transposition and genetic regulation. McClintock received numerous awards for her research, including the 1983 Nobel Prize in Medicine.

Gertrude Elion was a biochemist and pharmacologist who discovered numerous drugs, including many in common use today. Upon finishing her master’s degree, Elion worked as a lab assistant and high school teacher until she was able to join the lab of a respected pharmaceutical researcher. Her successful research career culminated in the Nobel Prize in Medicine in 1988.

Jane Goodall, a primatologist and anthropologist, is well-known for her work with chimpanzees. Thanks to Goodall, we have a greater understanding of primate behavior, including those similar and different from our own, and have a growing awareness of conservation. She has received numerous awards and her work continues through the Jane Goodall Institute. 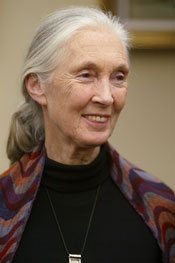 Ada Yonath grew up in poverty in Israel, but it didn’t deter her interest in science. Focusing on crystallography, Yonath’s research on the structure and function of the ribosome (part of RNA) led to being the first Israeli woman to win a Nobel Prize.

Mae Jemison went from the deep south to outer space. Originally from Alabama, Jemison earned degrees in chemical engineering and medicine, then joined the space program and became the first African American woman in space. After leaving NASA, Jemison formed a company to research how technology can be applied to everyday life.

With undergraduate and graduate degrees in physics, astronomy, and earth and planetary sciences, and time as an Air Force pilot, the space program was a logical next step for astronaut Pamela Melroy. Melroy flew in space three times, and was the second woman to command a space shuttle mission. During these flights, she helped establish the International Space Station and deliver critical supplies for space research.

More on kids and science