A formerly sweet and easygoing autistic boy started to misbehave at school. So his dad put a wire on him, only to discover he was being verbally abused by school staff. Read on to find out more. 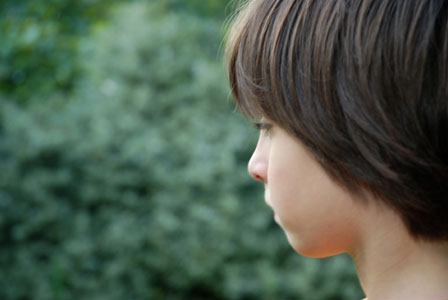 Akian Chaifetz, a boy with autism from New Jersey, came home from school with reports that he had displayed violent outbursts and physically attacked his teachers.

Knowing his son was normally a calm and relaxed child at home, his father suspected something was going on at school that was causing him to act in a different manner.

His father, Stuart, outfitted Akian with a wire to record what went on during the day. When the boy got home and played back the tape, Stuart was horrified to hear hours of emotional and verbal abuse. Akian’s teacher and a teacher’s aide took turns bullying the boy, calling him names and mocking his unique quirks.

“Who are you talking to, nobody?” one teacher asks the boy. “Knock it off,” said the other. The cruel taunting goes on until Akian is driven to tears, upon when he is told to shut his mouth. He was purposefully stressed out, his cries were ignored and he was cursed at.

The teacher’s aide was subsequently fired, but the main teacher remains employed, which infuriates Akian’s dad. “That my son’s teacher was not fired and still works in the school district is an outrage I am not willing to allow to pass in silence,” he told The Huffington Post.

When a child is non-verbal, or has other developmental disabilities, abuse can linger as they don’t have the physical means to share with their parents the horrors they face at school. Looking for cues in a child’s behavior can be the first clue, as Akian’s dad experienced.

Lindsey from Michigan knows of a similar story. “My best friend’s son was sent to school with a handheld recorder in his pocket so they could track bullying from students,” she told us. “Also, it was to catch how the teachers treated him as well, as they weren’t very nice.”
Kristi from Kansas was impressed with the dad’s actions. “I would hurt someone if they did something like that to my child,” she shared. “Kudos to the parent that was able to stay calm enough to get concrete proof.”

Safety tips for kids with autism >>

Jen from Canada felt this story was heartbreaking and was saddened that any parent would have to resort to wiring their autistic child to find out what was going on. “I’ve worked with special-needs kids, and I’ve taught, and never in a million years would I, or could I, ever betray those children in my care by verbally or emotionally abusing them,” she says. “No matter how frustrated or even angry I have become, I have never (and would never) take that out on the kids who have been entrusted to me.”

Special diets for special kids: Autism and casein- and gluten-free diets
Healthy recipes for picky eaters with autism
5 Celebs who are passionate about autism