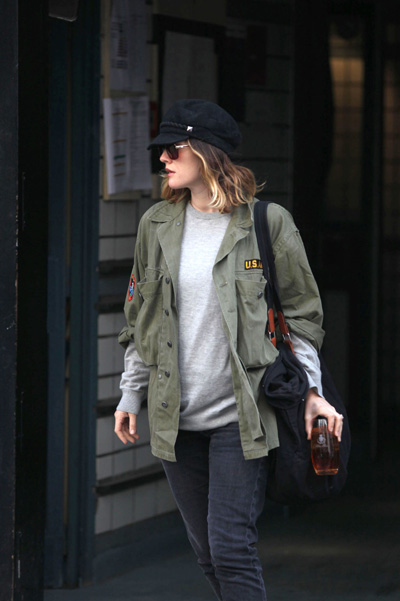 So, Drew Barrymore hasn’t “officially” confirmed her pregnancy, but we are so hoping this is true! The 37-year-old actress has been sporting what appears to be a baby bump — but it could also be a big lunch (if so, sorry Drew, we love ya!). The Big Miracle started the baby bump watch when she was spotted leaving a doctor’s office holding what appeared to be an ultrasound.

Drew was spotted here leaving the Ritz hotel in Paris, France, wearing a loose-fitting gray sweater (and we think we can make out a baby bump!) layered under a green jacket.

Drew is engaged to art consultant Will Kopelman, and they are reportedly planning a summer wedding.

“She wants to get married before the baby comes but doesn’t want to be a huge,” a source told Us Magazine.

Signs you are totally pregnant >>