New research on parents and alcohol has produced some disturbing claims: 10 percent of children in the U.S. are growing up with adults who abuse alcohol. 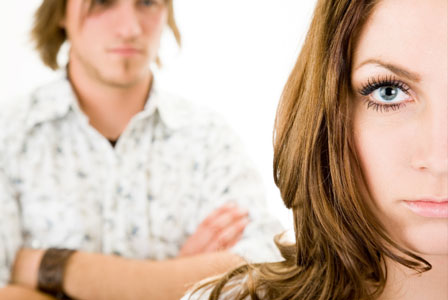 These kids are at greater risk for abuse and neglect than those in households with moderate to no alcohol consumption.

Whitney Houston’s daughter, Bobbi Kristina Brown, isn’t an anomaly when it comes to kids suffering from their parents’ substance abuse habits. In fact, new research by the Substance Abuse and Mental Health Services Administration claims 1 in 10 children are growing up with an alcoholic caregiver. This is more than 10 percent of children in the U.S. — and a staggering 7.5 million pint-sized individuals. These children are at heightened risk for health problems, too, including mental health issues and depression.

Negative effects of alcoholism on kids

Children of the study

According to a report by Reuters, about 6.1 million children were living in two-parent households where one or both caregivers had an alcohol abuse problem. Out of the remaining 1.4 million children who lived in a single-parent home where the adult had a drinking issue, more than 1 million were female-headed households.

The Substance Abuse and Mental Health Services Administration report said these children were more likely to be abused or neglected by their parents, more likely to have cognitive or language deficiencies and four times more likely to develop alcohol-dependence problems of their own.

The late Whitney Houston battled substance abuse for a decade, and relatives worry Bobbi Kristina may be heading down the same path. Krissi, as friends call her, was reportedly placed in an outpatient treatment program last May after the National Enquirer snapped photos of the then-high school senior powdering her nose with cocaine.

Such behavior is par for the course, according to health care providers at the Mayo Clinic. And the American Academy of Child and Adolescent Psychiatry stresses children in these situations may be hiding a distressing secret from their parents. Some signs and symptoms of an underlying problem may include: anger, anxiety, depression, inability to have close relationships, truancy in school, lack of friends and risky behavior.

“A child being raised by a parent or caregiver who is suffering from alcohol abuse may have a variety of conflicting emotions that need to be addressed in order to avoid future problems,” the academy’s website states. “They are in a difficult position because they cannot go to their own parents for support.”

More on substance abuse and children