Celebrity moms were the talk of Twitter this week! Alicia Silverstone caused an uproar when she tweeted about pre-chewing her son’s food — with video footage included! (We have it here in case you missed it.) Tori Spelling announced via Twitter she is pregnant again, while pregnant Snooki tweeted a picture of new pregnancy cleavage. Check out all the sweet and wacky musings of celebrity moms in 140 characters or less. 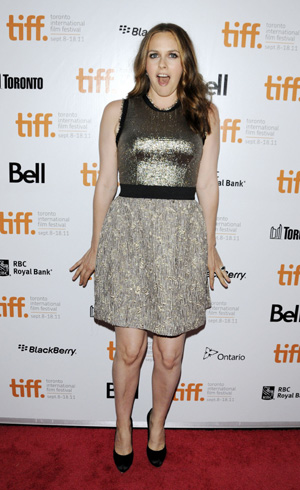 Celebrity moms are often prone to unusual parenting methods — but this one may take the cake.

“Breakfast with baby bear,” Alicia Silverstone tweeted with a link to a video and with the hashtag “#yum.”

If you thought you would see a cute picture of her son, Bear Blu, nibbling on a gluten-free organic waffle, you may be surprised.

Instead, you see a video of Alicia chewing food and then dropping the food into her son’s mouth — just like a mama bird.

“I fed Bear the mochi and a tiny bit of veggies from the soup … from my mouth to his. It’s his favorite … and mine. He literally crawls across the room to attack my mouth if I’m eating,” Alicia writes on her blog.

“This video was taken about a month or 2 ago when he was a bit wobbly. Now he is grabbing my mouth to get the food!” she continues.

Reaction to this was mixed, with one commenter saying, “Feeding your child saliva is not natural or loving,” while another defended her, writing: “Don’t any of you kiss your child on the mouth? At least her son is not eating FDA-approved crap.”

In case you missed it, check the video out below:

“I got swagger with my pregnant self,” Snooki tweeted, with a link to a picture of her showing off her ample pregnancy cleavage.

Alyssa Milano has started working on a new ABC drama called Mistresses and has been tweeting about the mixed emotions about being a working mom.

“Letting Milo take a nap in my arms before I have to go to work on #Mistresses,” she tweeted. “This working mom thing is no joke. You all made it look easy.”

This breastfeeding mom is also discovering the joy of the breast pump. “Yeah, I pump in between takes,” she wrote, with the hashtag #DontJudgeMe.

It has only been five months since Tori Spelling’s third child was born — but she just announced via Twitter that she is pregnant again!

“Our family has some exciting and life changing news to share!” she tweeted with a link to her blog.

“Dean, Liam, Stella, Hattie, and I are beyond thrilled to announce that another little McDermott is on the way! We feel truly blessed that another angel has found us,” she wrote. 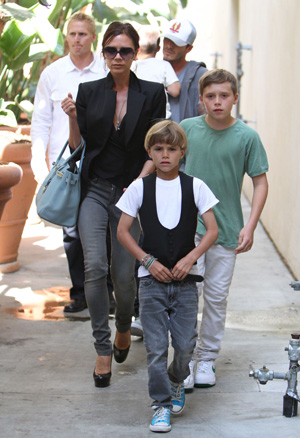 Who knew that Victoria Beckham cooked? This former Spice Girl/mom of four/amazing designer/wife of hottie David Beckham recently tweeted about her culinary skills.

“Just finished cooking! Very proud to be British!!” she wrote, with a link to something that looked fancy and very British, with little British flags stuck in each one.

“My daughter laid this outfit out for me to wear for when her friends come over. For real,” Leah Remini tweeted, with a picture of a cute outfit lying on the bed.

“Got the “All Clear” from my 7 yr old, can change into a more comfortable outfit now,” she later tweeted.

“Luca fed! Mamma fed! Time to do it all again in 2 hours!,” new mom Hilary Duff tweeted. “Oh how life has changed! Lol In such a wonderful way.”