Many parents want to believe bullying isn’t happening in their schools — but it is. Bullying is taking place at alarming rates in communities across the country. Read on to learn more about bullying in schools and what you can do about it. 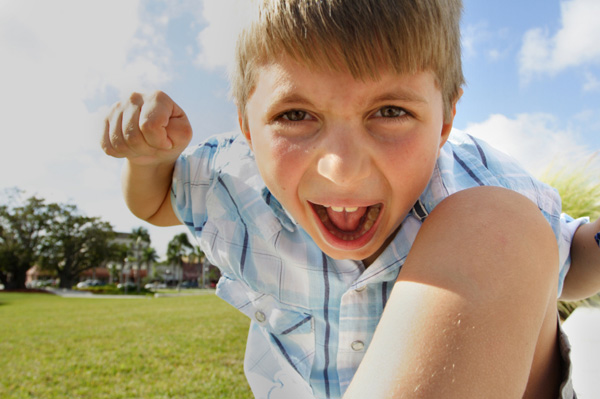 Bullying isn’t about a single conflict or fight at school. It’s about a person being singled out and tormented on an ongoing basis. Often, multiple bullies gang up on one person who is singled out due to having differences from peers. A person may be bullied due to her appearance, race, religion or sexual orientation. It may be because the student is shy or anti-social, or because he has special needs. Whatever the reason, often peers, teachers, parents and other adults know that the bullying is taking place and choose not to get involved. It’s time to step up and do something about it.

Read about how onlookers contribute to bullying >>

Physical bullying is the easiest to recognize because it often results in injuries. However, hitting, kicking, shoving and punching aren’t the only forms of bullying. Verbal bullying can do its damage too. Relentless verbal tormenting through name calling and teasing is also a form of bullying. Spreading rumors, breaking up friendships and intentionally causing social problems is another type of bullying. And in recent years, cyberbullying has become more prevalent. Cyberbullying includes the use of the internet, smartphones, social media and other technology to cause harm to others.

Bullying by the numbers

According to The Bully Project, 13 million children will be bullied in the U.S. this year, with 3 million students absent from school each month because they feel unsafe. Those numbers are astronomical, and rising all the time.

Find out how to stop your child from bullying >>

What you can do about it

Even if your child isn’t being bullied right now, it doesn’t mean he won’t ever be. The only way to stop bullying in our schools is to speak up and do something about it. By treating your children and others with respect and proper anger management, you’ll become a positive role model. Raise bullying awareness in your school by advocating for support groups for the bullies and the bullied. Take your family to see the upcoming documentary film Bully in theaters beginning March 30. Visit The Bully Project website to learn more about how you can join the movement to stop bullying online and in your community. Check out the Bully official trailer below.

How a bully can change your life
Is your child being bullied at school?
Parenting Guru: When girls bully