Red meat has come under fire as of late. And now, the Harvard School of Public Health says any amount of the American staple may be associated with an increased risk of cardiovascular disease and cancer.

Related story Is Your Child One of the 5 Types of Difficult Eaters? Here's How to Deal 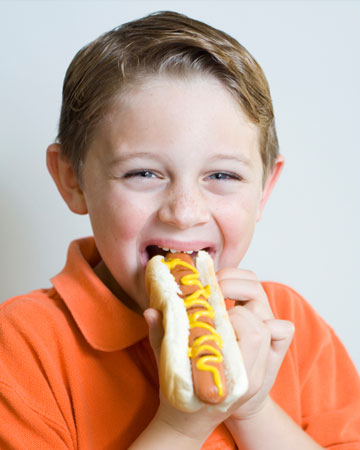 This news begs the question: Should children be eating something that has so many known health risks? When it is socially unacceptable to load kids up on sugar, soda-pop and cookies, why is red meat any different?

The notion that beef carries health risks isn’t novel. But last month, the Harvard School of Public Health released the findings of a 20-year study that sent shock waves through the carnivorous community.

Any amount of beef is risky to your health

Harvard researchers watched 37,698 men and 83,644 women who were free of cardiovascular disease and cancer at the beginning of the project. Their diets were assessed through surveys every four years. A combined 23,926 deaths were documented, of which 5,910 were from cardiovascular disease and 9,464 from cancer. Regular consumption of red meat, particularly processed red meat, was associated with increased mortality risk.

The study was funded by the National Institutes of Health.

Kids are known for eating and loving processed foods like hot dogs, hamburgers and baloney sandwiches. While parents may think they’re fulfilling their children’s iron needs, other sources that are healthier can be substituted. For example: fortified cereals and breads, dried fruits such as raisins, spinach, molasses, beans, lentils, eggs, certain fish and the dark meat of poultry. Most parents wouldn’t give their children soda for hydration purposes. Perhaps it is time to revisit the amount of red meat our children get in their diets.

Controversial “pink slime” reared its ugly head a few times this year with the discovery that McDonald’s uses the scraps in its burgers. The fast food chain has since yanked the additive from the ingredients.

Additionally, research has shown 70 percent of ground beef at grocery stores contains pink slime, which is basically the floor scraps and connective tissues of cows that have been doused with ammonium hydroxide to kill resident bacteria. The beef industry took a blow when it was discovered that children in public schools are being served pink slime.

The USDA has plans to buy 7 million pounds of the slime for its school lunch program. Some food for thought on the matter: Pink slime has been banned by other countries in the world and is currently used to make your dog’s kibble. Yummy.

More on kids and nutrition