Just because a young child is active doesn’t mean you need to run to the doctor for an ADHD evaluation. In recent years, more and more children are being diagnosed (and subsequently medicated) with ADHD. Some experts say it’s often not the kid’s problem — sometimes it’s the parents’ problem. Read on to learn more about ADHD. 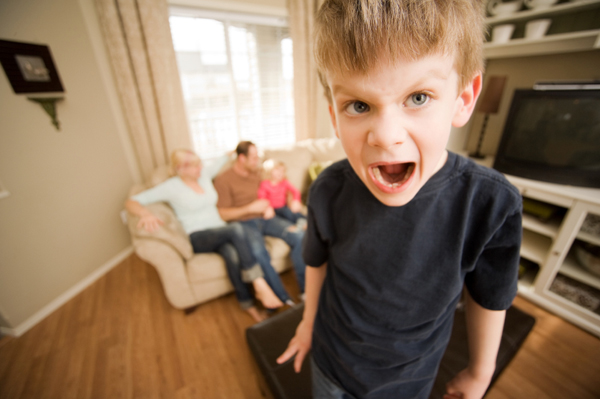 A different view of ADHD

Nine percent of children ages 5-17 are diagnosed with ADHD in the U.S., according to the CDC, with about 3 million kids on ADHD medications such as Ritalin and Adderall. While some psychologists or psychiatrists view ADHD as a true developmental disorder, others have a completely different perspective.

“ADHD is a social construct,” explains Dathan Paterno, Psy.D., author of Why Your Child Needs a Parent in Charge and How to Become One. “It is not, despite what it is often proclaimed in mainstream media, a disease like diabetes. ADHD is simply a set of behavior patterns that create a poor fit between the child and his/her parents and teachers, and which often annoys and frustrates adults. Sometimes, these behaviors are normal variants in temperament, sometimes they are behavior skills that have not been sufficiently trained and sometimes there are underlying learning, emotional, medical or relational problems which manifest in ADHD-like symptoms. Whichever explanation, it is almost never the case that there is something fundamentally wrong with the child. The good news is that whatever the underlying [reason], the parents can truly become the primary agents of change in the child’s life!”

“ADHD certainly can be overdiagnosed or overmedicated, especially in communities that do not have enough child psychiatrists and other child mental health clinicians who can take the time to do a careful diagnostic evaluation,” says Jacob J. Ham, Ph.D. Ham is the program director for Beth Israel program for Healing Emotions and Achieving Resilience to Traumatic Stress (BI HEARTS) in the Department of Psychiatry at Beth Israel Medical Center in Manhattan. 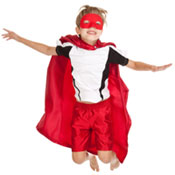 “Many of the symptoms of ADHD are like a fever. A fever can be caused by many different illnesses. In children, the behavioral symptoms of ADHD can be caused by stress and trauma, anxiety, bipolar disorder or even a mild form of autism. You can just treat the fever with aspirin, but if you don’t know what’s causing the problem, it might not go away. What’s worse, some medications for ADHD, such as stimulants, can make problems worse — particularly if the real cause is a mood disorder or traumatic stress.”

Is your child just active or does he have ADHD?

All toddlers and preschoolers are active — some are extremely active — so it’s sometimes difficult for parents to distinguish whether there is an issue with their child. How can you really tell if it’s time for an evaluation?

“If you have an extremely hyperactive child at 3, he or she needs to see a child psychiatrist or psychologist to get a proper diagnosis.”

Medications aren’t the end-all answer, especially when it comes to our children. We received some more insight from Paterno about alternative approaches to treating ADHD. Here are some of Paterno’s thoughts on the subject:

The first thing parents must realize is all ADHD-like behaviors are amenable to change without requiring foreign substances like psychostimulants. Parents must view themselves as the primary agents of change. Whether they are partly responsible for the child’s behavior or not (let’s be honest: Some parents are more responsible for these difficulties than others), the parent can make significant choices that will alter the child’s behavior in the short term and over the long haul. Here are some key interventions:

Many other doctors believe you need to look at a variety of other factors and different treatments before reaching for medications. “Especially for young children, we have strong evidence that behavioral therapy and parenting training are efficacious — they work to reduce symptoms for the vast majority of young children with ADHD,” says Rahil D. Briggs, Psy.D., Director of Healthy Steps at Montefiore. “In very severe cases, where all other interventions have been tried unsuccessfully, medication may be considered.”

More about diet and ADHD

A healthy diet is one component that shouldn’t be overlooked if your child is experiencing ADHD-like symptoms. “Many kids are being diagnosed with ADHD and put on powerful medications when better diets, exercise, omega-3 fatty acids would make a huge improvement,” says Amen. “Yet, at the same time, many people who have ADHD, especially the inattentive type, are being called lazy or stupid. ADHD is an important disorder that needs to be taken seriously.”

Arnold also elaborates on the possible benefits of omega-3s.

“There appears to be a small beneficial effect from fish oil (make sure it’s mercury-free) or other sources of omega-3 fatty acids,” Arnold explains. “A balanced diet without excessive sugar, food dyes or processed foods (or in the absences of dietary balance, a daily multivitamin/mineral) is good for general health even if it does not help ADHD.”

Before turning to medication for your child, seek a thorough evaluation and explore other methods to help your child, whether he/she actually has ADHD or not.