If you regularly test your teen for drugs or are considering doing so, you may be surprised to hear that many new drug trends cannot be detected by drug tests. 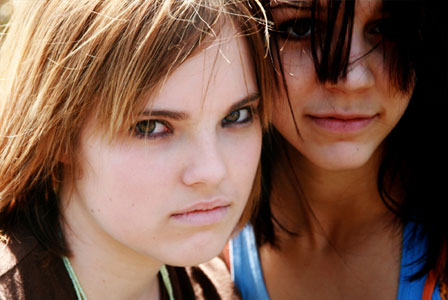 In an effort to find easily accessible drugs, many teens are turning to substances such as spice, salvia and even bath salts. What can parents do to educate themselves and their teens when it comes to new trends in drug use?

Home drug tests have been a significant tool in the parenting arsenal in recent years, which has inspired a generation of teens to seek out undetectable substances to abuse. These undetectable drugs include salvia (Salvia divinorum), bath salts and synthetic marijuana — often called K2 or Spice. Salvia causes visual hallucinations and bath salts act like methamphetamine in the system. “Within my practice, I have heard of many teens experimenting with these substances because they either deem them safer — due to their legality in many states — or because they believe their parents will be unable to screen for them,” says Dr. Jerry Weichman, a licensed psychologist specializing in adolescents. “Kids can certainly be creative, especially when it comes to evading the suspicion of their parents.”

What to do if your teen takes drugs >>

When it comes to staying on top of teen trends, parents are usually playing catchup. After all, teenagers aren’t the most forthcoming when it comes to experimenting with drugs. Trying to protect your kids from every new trend is futile, given the influence of the adolescent grapevine. “Adolescents hear about these substances either from friends, via online searches or even when celebrities are caught experimenting,” says Dr. Weichman. “Generally speaking, the teens I have spoken with who have tried these substances don’t actually enjoy them but experiment with them to get around a drug test. Of greater risk is that the long-term side effects of these substances have not been studied and are relatively unknown due to their relatively new popularity.”

Don’t fall for it

Even though teens will do everything they can to get around rules, it’s important for parents to avoid the trap. “Parents should continue to administer random drug tests — which are available at minimal cost at all local drug stores — as they offer a good checks and balances system as you allow your teen the freedom to attend social events and parties,” says Dr. Weichman. “Many times, I have had my teen clients tell me that they wanted to say no to drugs being offered but felt that they were not strong enough to resist. When they know that their parent may ask for a ‘pee test’ at any time, they can blame their resistance on that instead and are able to say no.”

Talking to teens about drugs >>

Most parents plan and prepare to speak with their teens about illegal drugs, but this trend in undetectable, legal substance abuse means the conversation needs to expand. “It’s important to talk to your teens and tweens about these ‘legal’ drugs and discuss their side effects both short and long term,” says Dr. Weichman. “A little parental research and an honest, open — and calm! — discussion can go a long way.”

Teen prescription drug abuse: What parents need to know
5 Parenting mistakes that can screw up your teen
Social networking safety for teens