Happy Hump Day! We like to think of it as Celebrity Baby Bump Day — and what a week it was for pregnant celebs. There must be something in the water at Victoria’s Secret because yet another angel is pregnant. Scream actress Neve Campbell also has a bun in the oven! And Maggie Gyllenhaal and Alyson Hannigan also were spotted out this week showing off their baby bumps. 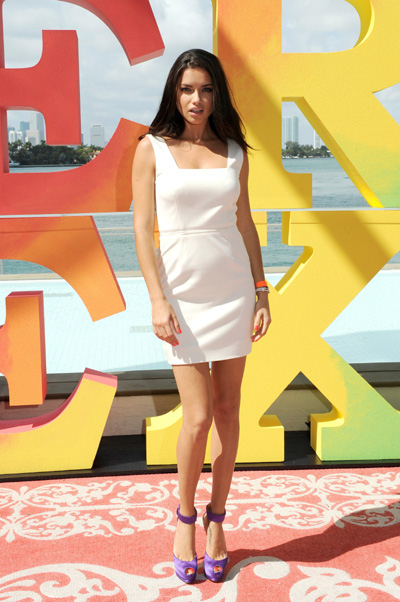 Victoria’s Secret better start carrying maternity lingerie — another model has announced her pregnancy! Adriana Lima announced she is pregnant with her second child. She and her husband, NBA star Marko Jaric, have a 2 year-old daughter named Valentina. Lima, 30, said “the entire family is very excited, especially Valentina. She keeps blowing kisses to my belly and saying, ‘Kisses for the baby.’ ”

Lima is pictured here at the Very Sexy Jet Tour Kick-Off at the Mondrian in Miami a couple of weeks ago — before she announced her baby news. Can you spot her baby bump?

These Are the Secret Meanings Behind Every Kardashian-Jenner Baby Name