Social networking sites like Facebook and Twitter have become a part of our culture’s fabric, but can parents of today’s toddlers steer them away from posting and tweeting when they come of age? 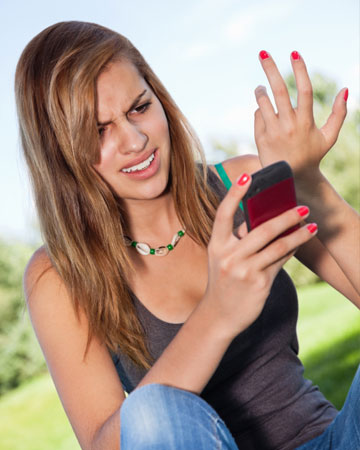 It seems every generation — from tweens to grandparents — has hopped on the social media bandwagon: tweeting, updating and texting with fervor. These applications have been around for a few years now, so we’re just starting to realize the potential dangers of a highly connected world. Some would argue social media has made life easier, but many would argue just the opposite.

Aside from the safety risks involved in social networking, parents can legitimately worry about the impact that sites like Facebook may have on their child’s development. “My great concern about allowing children on social networking sites is that online communications can become a substitute for real-life interactions, impairing the development of children’s social skills,” says Dr. Sujatha Ramakrishna, a child and adolescent psychiatrist. “I would suggest that parents keep their kids away from these websites until they are at least 11 to 12 years old, to keep these detrimental effects to a minimum.”

Parents today are facing a different reality than the parents of a few generations back. In addition to warning about strangers, crossing the street without looking and hanging out with the wrong crowd, parents have to focus a lot of their attention on safe social networking. It’s never too early to start teaching these lessons.

“My 10-year-old daughter… is a strong-willed, feisty, opinionated young lady, and I am afraid that she will vent about something which will come back to haunt her,” says Karen, a mom of two from Missouri. “Hormones and social media are not a good combination.”

Many parents can relate, but waiting for your child to post an emotional rant is not the time to address this issue. Younger children have the benefit of time when it comes to becoming a responsible social networker. Conversations about online safety and etiquette should start as soon as kids are old enough to use a computer.

Read about young children and the Internet >>

The permanence of cyberspace has left many lamenting impromptu posts, and cyberbullying has become a serious issue among teens. Whether you call it “social network drama” or regret, plenty of people would love to turn back time when it comes to their cyber footprint. Parents of little ones instinctively want to protect their kids from this experience but doing so may be a futile effort.

“If it were up to me, I would keep my kids off of social networking sites forever,” says Heather, a mom of two from Idaho. “I’m going to tout the romance of the written word — you know, snail mail — and face-to-face communication, but I know the lure of technology will be hard for them to resist. They are 2 and 5 now so I’m hopeful, but I have a feeling that hope will fade when they get closer to teenage years.”

What do you think? Can you keep kids off social media?
Do you limit or prohibit it?

More on parenting in a connected world

Stop online bullies from harrassing your child
How to protect kids from cyberbullying
Teen sexting: What parents can do