It seems the issue of bullying will never go away. Trends in bullying are becoming even more disturbing and damaging. Some bullies are even resorting to blackmail tactics. 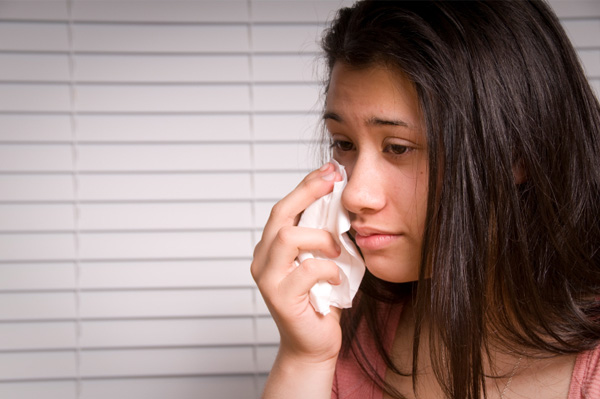 High school hallways are full of bullies, manipulative gossip, backstabbing and even blackmail. As a parent, can you protect your teen from such nonsensical behavior without ostracizing them from their friends?

Bullying may be an age-old problem, but technology has exacerbated the issue. Teenagers will always find a way to annoy each other, and blackmail is a method made feasible by social networking and smart devices. Personal information has become fodder for bullies who are willing to text inappropriate photographs and use Facebook to exploit a classmate. While your teen may have made a mistake by allowing someone to take a compromising picture or posting an inappropriate comment on Facebook, the real torture comes when someone else has control over that information.

“Bullies don’t have to look their victim in the eye, and therefore, can take much bigger risks without seeing the immediate consequence,” says Dr. Jerry Weichman, a licensed psychologist and adolescent specialist. “If the bullying occurs via social media sites like Facebook or Twitter, the bully can reinforce their cruel statements by getting friends to ‘like’ or retweet their posting — making a victim feel like everyone is against them.”

Blackmail has become so common that bullies often use a “set up” technique. “A supposed friend asks their victim what they feel about a person via text or email,” says Weichman. “That so-called friend then hangs onto the information and uses it as blackmail or as a passive aggressive way to assert power over their victim in the future. Because the initial question was from a trusted friend or boyfriend/girlfriend, many teens feel comfortable being very candid over text, and I’ve seen this backfire on many occasions. The victim not only feels bullied but betrayed and hurt.”

Speaking too casually to their “friends” or letting their guards down can result in blackmail when a friendship goes south.

How to know if your child is a cyber bully >>

Find out how to stop online bullies from harassing your child >>

If you’re concerned your teen is being blackmailed, you can try asking, but many teens won’t be straightforward about this touchy topic. According to Weichman, a teen being blackmailed will exhibit the following:

Find out how to monitor your kids on the web >>

Trying to erase a cyber footprint is almost impossible so it’s crucial for parents to address this topic before it becomes a problem. While actual conversations about the permanence of social networking are important, parents may want to consider installing spyware on phones and computers.

“This is the one true looking glass you will have into their world, and this is typically where much of bullying behavior occurs,” says Weichman. “If you do find that your teen is being blackmailed, you should first address it with the school administrators. Depending on the severity of the situation, you should also contact your police department. Most local police departments now have a department for Internet and other electronic offenses.”

Is Twitter the new Facebook for teens?
Teens and the consequences of social media
Spying on teens online