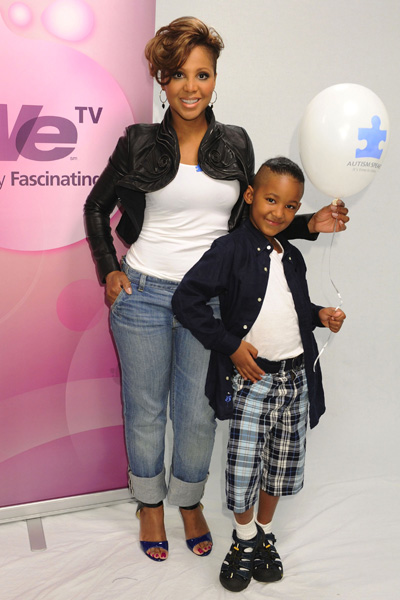 “As a mom, I knew something was different about him when he was probably about 9 months old,” she said. “By the time he became a year and a half I said, ‘He’s not developing like his older brother.’ “

Braxton is now an advocate for autism research and is even teaming up with SheKnows on our “Where the Other Sock Went” campaign for Autism Speaks. “Early diagnosis makes a lifetime of difference,” Braxton says. “We have him in occupational therapy, speech therapy, he’s being mainstreamed [and] he’s in public school, general [education]. He does have his special ed therapies, but we are very, very lucky.”