The statistics are surprising: Autism affects one out of every 88 children in the U.S. Many celebrities have been affected by this developmental disorder and have done a lot to raise awareness and funds for research. From Sylvester Stallone to Toni Braxton and Dan Marino, check out celebrities who are raising kids on the autism spectrum. 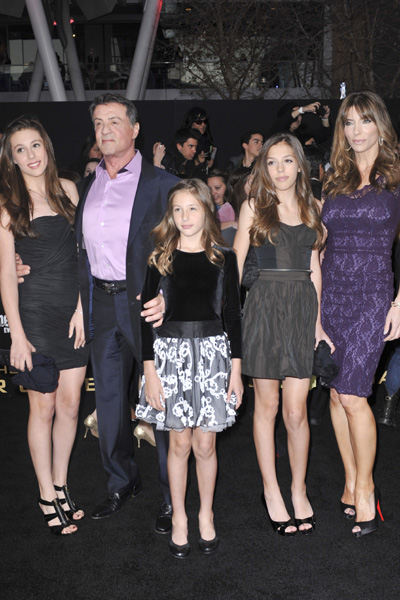 Rocky star Sylvester Stallone got dealt a big blow when his youngest son, Seargeoh, was diagnosed with autism at the age of 3.

“To have a child in this predicament is extremely sad,” he told People shortly after his son was diagnosed in 1985. “It’s almost like a radio station — he fades on and off of the signal.”

Sly said he found his own way to bond and communicate with his son. “You can’t force him into your world. I sort of go along with whatever he is doing,” he said. “Sometimes he likes to draw — mostly abstract things — and he has puzzles that we work on together. After he gets to the point where he trusts you, a little more communication can start. The primary therapy is the repetition of words and instructions. He has shown an extraordinary memory, but he can’t apply what he has learned.”

Seargeoh is now 31 years old. Sly protects him from the media. The actor has since divorced Seargeoh’s mother, Sasha Czack, with whom he has another son, Sage. He is now married to Jennifer Flavin and the couple have three daughters, pictured above.

Did This Mom Go Too Far By Banning Her Son’s Bully From His Birthday Party?

Allyson Felix Celebrates Her Met Gala Moment With a Message for Her Daughter: ‘Dream Big’