When can a 2-year-old girl stop an airplane? When she throws such a huge tantrum before takeoff that the pilot and his crew are forced to turn the plane around and boot the family from the flight. Was the airline in the right or did they encroach on this family’s right to fly? 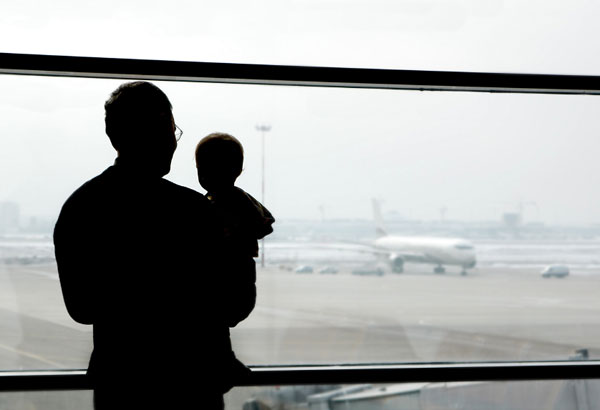 When can a 2-year-old girl stop an airplane? When she throws such a huge tantrum before takeoff the pilot and his crew are forced to turn the plane around and boot the family from the flight. Was the airline in the right, or did they encroach on this family’s right to fly?

Natalie Vieau, all of 2 years old, single-handedly got her family kicked off a JetBlue flight when she threw a huge tantrum and refused to stay seated and buckled, despite her parents’ best efforts. Flying with children is always a touchy subject, particularly if other passengers aren’t parents themselves, but when does a little one actually become a flight risk? 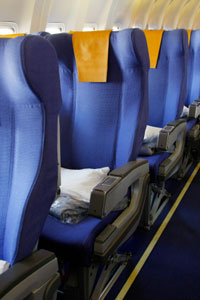 All airlines have rules. Before an airplane takes off, the flight crew will often stand at various points throughout the cabin and either recite the rules and demonstrate safety equipment or play a recording with the same information. Universally, however, all passengers must be seated with their chair backs in an upright position and their belts fastened. Planes will usually not take off until everyone complies, and if they do not, they are removed from the flight.

Parents are in the unique position of taking care of not only themselves but the little ones in their charge. Rules are rules, and in the wake of heightened airline security for the last decade or so, they are even more stringently applied. Any failure to comply will have you in the unenviable position of being removed from the plane and scrambling to find another flight to fit your needs.

Parents who board a plane with a baby or small child are often frowned upon, and if those negative expectations are met, they are then demonized, silently or not. Parents and families do have a right to fly on a plane, just as much as business travelers, but the cozy confines of an airplane can make even the most easygoing passenger a bit on edge. Couple that with a crying infant or a screaming toddler and the skies aren’t too friendly any more, for anyone involved.

“I wonder how much time the crew really gave the parents to get their child settled down,” said Julie from New Mexico. “The airline may have been in the right but it seems that flying in general has become less kid-friendly than it has been in the past.”

Other moms we asked felt JetBlue made the right decision. “I agree with the pilot’s decision 100 percent,” said Brittney, mom of one. “If you can’t control your child, that isn’t everyone else’s problem. Everyone knows that toddlers are bound to have tantrums in high-stress situations, but in this case, that tantrum was affecting her safety and breaking the airline’s rules. If you can’t trust that your kid will stay buckled, bring a car seat.”

Jo, mom of two, agreed. “This is exactly why I always brought a car seat until they were 4,” she told us.

JetBlue backed the pilot’s decision, but parents take note — obey the rules and ensure your children do too, and if not, you may lose your seats.

Do you agree with the pilot’s decision? Was JetBlue right to stand behind this?

More on toddlers and tantrums