Through the years, plenty of parents have groomed their kids for careers in professional sports, but in today’s age of reality TV, many parents find themselves preparing their kids for super stardom. 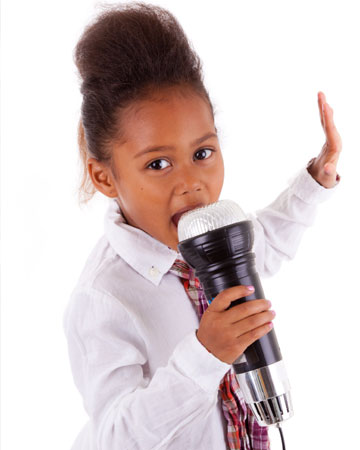 Given the popularity of shows like American Idol, The Voice, America’s Got Talent and other talent-related reality shows, kids today may grow up thinking that life is one big audition. How do we keep our kids grounded and in touch with actual reality while being surrounded by reality programming? Clara Stevens, mother of American Idol Season 9 contestant Katie Stevens, has a unique perspective on the reality talent show topic.

If your child loves watching American Idol (or another reality talent show) and has dreams of one day appearing on the Idol stage, it never hurts to encourage her, especially if she’s really talented. Still, the flashy world of reality TV may make stardom seem more attainable than it really is.

“Although we thought [Katie] was talented, we knew it was a needle in a haystack to be chosen,” says Stevens. “We thought it would be a learning experience to audition and another opportunity to teach her that dreams don’t always become a reality.”

You may want to protect your child from the more-than-likely rejection she’ll face when auditioning for a mega-show like Idol, but sometimes, a tremendous risk is the perfect opportunity to teach valuable life lessons. “[Katie] was prepared to come home but didn’t want to give up the opportunity to experience something new,” says Stevens. “So many times, parents don’t allow their children to do something for fear their child will experience failure and rejection. These kids are not prepared for the real world.” Apparently, reality TV does mirror actual reality in some cases, especially when it comes to getting started in a business like the music industry. Both can be harsh and/or extremely rewarding.

Read about the fear of failure >>

Failure is an option

The vast majority of kids who try out for these reality talent shows walk away without reaching their goal, but Stevens argues that failure is just as valuable as success in this case.

“Although [Katie] didn’t win, she was ready for everything that came her way,” she says. “She was equally prepared for the criticism and the praise because she was never sheltered for fear of failure. It’s a difficult life with lots of rejection, but it’s made [Katie] a strong and driven young lady.” 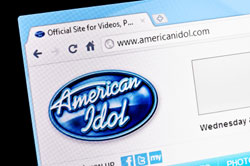 The younger Stevens is still working hard to reach her goals and realize a dream — even appearing on American Idol is no guarantee of success. Plenty of kids have followed in her footsteps and even more will do so in the future. If your little performer has stars in her eyes and wants to take a crack at Idol someday, Stevens offers the following wise advice: “I believe that children need to be encouraged to try many things and follow a dream but be prepared for where the road may lead them. Love, guide and support them, and then trust what you made of them.”

Is your child watching too much television?
Is TV really bad for children?
Kids and TV: How much is too much?