Has soda replaced water and milk as the beverage of choice in your child’s diet? If so, a ban on these sugary drinks at school won’t stop him during the day. He can still get his soda fix despite the state-mandated laws regulating what drinks can be sold inside schools. 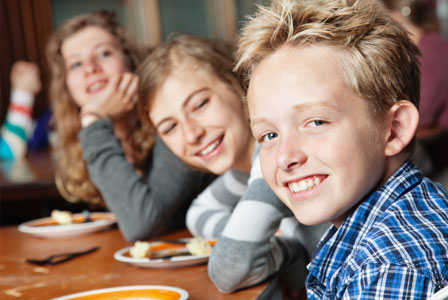 Kids and teens are getting more and more calories from soda pop and other sugary drinks. So, there were high hopes that banning these drinks from vending machines at schools would help solve this growing epidemic.

New research, however, claims these bans have fallen flat on their promises and that children still have access to soda during school hours.

A journal article published in the Archives of Adolescent and Pediatric Medicine detailed the habits of fifth-grade and eighth-grade students in 40 schools across the U.S., and found that regardless of the school policy on soda pop, students reported they were drinking about the same amount — at least one sugar-sweetened drink a week. The data was gathered from 2004 to 2007, a time many states were beginning to enact soda bans.

In states that banned all sugar-sweetened beverages, such as sports drinks and soda pop, 15 percent fewer students reported having access to sugary drinks in school, and 7 percent fewer reported purchasing those drinks at school. Research showed the bans have had no effect on out-of-school consumption.

Some bans may fall short

The goal of creating a healthier school environment for children may seem like a lofty ideal to some. Teens are notorious for loving candy and junk food. But the study showed that the more comprehensive bans, those which eradicated all sugary drinks such as soda, juice and sport beverages were the most successful, while those focused solely on soda were less so.

“I think definitely the biggest message is that laws need to be comprehensive to have any positive effect at all,” Daniel Taber, one of the study’s authors and postdoctoral research associate at the University of Illinois at Chicago told The New York Times. “Soda is definitely the most popular choice among kids,” Taber said. “But there’s a lot of misconceptions about which beverages are healthy. Many kids think beverages like Gatorade are a healthy alternative to soda.” 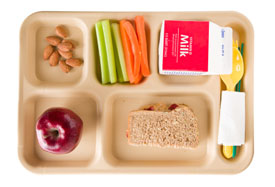 You don’t have to look too hard to find someone or some study that touts the negative effects soda has on children — everything from hyperactivity, decreased attention span, weight gain to making a child more violent. Ultimately, it’s up to the parents to impart wisdom on making healthy food choices. Experts agree parents have much more influence on how much soda a child drinks compared to a state-mandated school ban.

More on kids and healthy food

2 hrs ago
by Michelle Yang

4 hrs ago
by Susan Borison