Spring Break is a chance for teens to let loose. But with all the dangers in international locales, is it really safe to let our teens leave the country for their getaway? 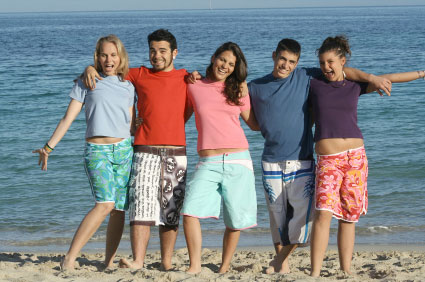 Dangers across the border

Former CIA officer, personal security specialist and contributing writer to Personal and Home Defense Magazine and Combat Handguns Magazine Jason Hanson gives a resounding ‘No’ to the question: Is it safe to allow your teens to cross the borders?

He notes, “Parents should not allow their teens or college kids to cross the borders because it’s simply too dangerous. One of the easiest ways to keep yourself safe in life is by not putting yourself in dangerous situations in the first place.”

In addition to the dangers that run rampant, Hanson notes that teens and young college kids are not paying attention to their surroundings — and that alone puts them at risk.

He says, “Teens these days have very little situational awareness. They’ve always got a cell phone glued to their ear or they’re looking at the ground texting, which makes them easy targets for the criminal element.”

You’ve heard that tagline before. But what happens across the border may not always stay there.

Dr. John Duffy, clinical psychologist, teen expert and author of The Available Parent: Radical Optimism for Raising Teens and Tweens, notes he tackles this issue each year with families in his own practice.

He says, “In my opinion, teens should not be allowed to cross the border into Mexico for Spring Break unsupervised. I’ve worked with too many situations that have broken bad when this has been allowed.”

He continues, “I’ve worked with teens who have been arrested for various offenses, all involving intoxication (a legal nightmare for parents). I’ve worked with two teens that have been hospitalized for over-intoxication and one unwanted pregnancy as fallout from such a trip. Because of the differences in laws and the overt freedoms afforded teens, I do not feel it is safe.”

If you think your child is willing to break your trust and sneak off to a south-of-the-border Spring Break destination, take some precautions. Stash his passport in a secret spot before the trip, stick a GPS tracker to her car’s tail light so you know if she’s headed across state lines or lay down some ground rules before Spring Break arrives so your child can weigh the risk of sneaking off.

Suggest one of these 5 Under-the-radar Spring Break destinations >>

Did you ever head south to Mexico for Spring Break? Would you let your kids do it?