Finding the right name when you are adopting a child takes special thought and consideration. Should you change the birth name, keep it or switch it to a middle name? 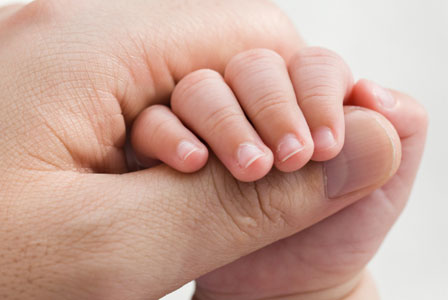 How can you find a name that helps your child feel connected to his new family without taking away the connection to their birth culture? We talked to adoptive parents, as well as adoption professionals to help answer these questions and more.

If you are adopting a child who already has a name given to him by his birth parents or orphanage — should you change it? “Naming is an important way that we identify ourselves and bring others into a family,” says Brooke Randolph, Director of Adoption Preparation & Support Services at MLJ Adoptions and mother by adoption.

“I changed the birth name”

For some families, changing the birth name was the right choice for them. “One thing to consider is the age of the child. Older children will have an identity to the name they carry. While a name can be a connection to the birth culture when so much else is lost, many older children actually seem to prefer to identify with their new family and culture,” says Randolph. “I have met several children who refused to answer to their original names after an adoption.”

Toby Manewith adopted a child from Russia when he was 2 years old and said that she decided that changing the birth name was the right decision for her family. “The name he was known by in the orphanage was not a common American name and I was told that his birth mother hadn’t named him, that it was likely hospital nurses had,” said Manewith, saying she changed his name to a family name from her great uncle and maternal grandparents. “I decided that there were other ways to maintain a connection to his birthplace than a name that would get him beaten up on the playground.”

Randolph agrees that if you feel like the birth name would cause your child to be teased, then you should consider changing it. “Reasons to change or add a name could be to avoid teasing by other children or to make spelling and pronunciation easier,” she says, adding that changing the name to continue a family pattern is another good reason.

Randolph does warn, however, that changing a child’s birth name should be considered carefully. “Removing a child’s original name can be perceived by them as a rejection of their culture, their personal history and who they are as an individual,” she says. “Perhaps not all children will have that experience, but it is not a risk I advise parents take.”
So, what should you do, especially for those kids who are older? “For older children who are able to understand, I suggest giving them two to three names from which to choose if you plan to change their name or add a name,” Randolph suggested, saying that this allows the child to pick the name they want to use.

Judy Miller, adoption educator at MLJ Adoptions and mom of four children (three who were adopted internationally), feels the birth name should be incorporated in their full name, regardless of their age. “Their birth name is a tie to their birth identity and history, a link that should not be severed,” says Miller, pictured below with her cute family. 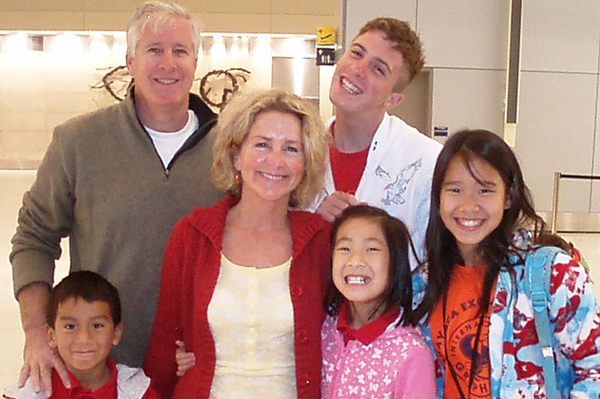 “I feel claiming is important, so parents should also give their child a name that they love or that means a lot to them, as in a family name,” she says. “All of my kids carry part of their birth name. They also have a family name, and another, one we chose just for them. They understand the significance of each. Sometimes we run out of room on paper forms, but… oh, well!”

Next page: More tips on changing the birth names and giving your child a popular American name >>

22 mins ago
by Sydni Ellis