What were our favorite celebrity moms tweeting about this week? Smash star Debra Messing is finally tweeting, calling herself a “newbie,” while Alicia Keys posted a picture of her son Egypt’s fabulous fashion. Jessica Simpson chats pregnancy “gas,” while Alyssa Milano tackles breastfeeding in public. Check out more of the hottest celeb mommy musings…. in 140 characters or less. 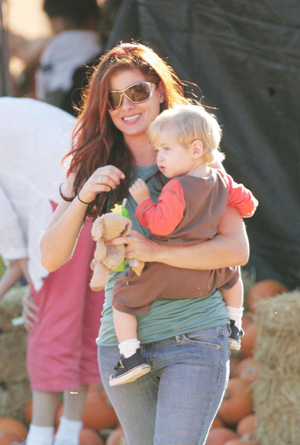 Smash star Debra Messing is one of the newest celebrity moms to join twitter. “I thought I’d enter the 21st century, but bear with me! I’m a newbie!” she tweeted.

It didn’t take long for her to re-connect with her Will & Grace co-star, Eric McCormack. “When do I get to smooch that face in person,” she tweeted to him.

She may be a newbie, but she already learned the fine art of re-tweeting, starting with the Dalai Lama’s deep twitter thought:

“It is vital that when we educate our children’s brains we do not neglect to educate their hearts by nurturing their compassionate nature.”

Jessica Simpson is expecting her first child any day now — and it sounds like her little peanut loves her singing! “A friend just sent me a video of me singing back in the day and the lil munchkin started moving like crazy!” she tweeted. “Let’s hope it wasn’t just gas!”

She also took to twitter to wish her father a happy birthday. “Happy Bday @PapaJoeSimpson!! I love you! I’m so proud to be your daughter!” she writes. “Your compassion, strength, and determination inspire me everyday!”

Alyssa Milano frequently writes about parenting her son, Milo. She took to twitter this week to defend breastfeeding in public to one of her twitter followers. “Shame you feel that way about women breast feeding in public,” she tweeted. “Watching a baby scream because they’re hungry is a lot more awkward. I promise. #BabyHasToEat.”

Pssst….we have teething tips, Alyssa! Check them out here >>

“Hilarious! Read this: ‘Is Snooki Pregnant? The ‘Jersey Shore’ Star’s Guide to Motherhood,’ ” she tweeted, with a link to the article. 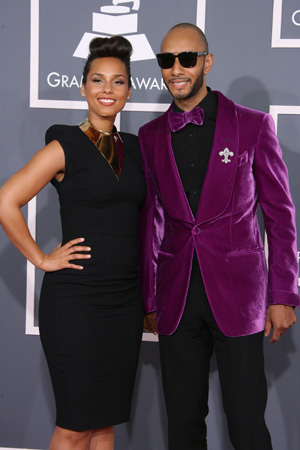 One of the perks of being a celebrity mom is definitely the fashion perks! Alicia Keys tweeted about scoring a fab tee for her son, Egypt.

Alicia also tweeted her sadness about the death of Whitney Houston. “I feel sick…. Life is precious, we are fragile souls. Let’s love each other! I miss you beautiful Whitney, the whole world misses you!! I’ll never forget this day when she came up to me and said “let’s work together!’ We’ve been sisters ever since…”

Up All Night actress and celebrity mom Christina Applegate wrote about her excitement on having singer Stevie Nicks on her show.

“Stevie Nicks will be joining us soon for what I’m sure will be the highlight of my life, besides the birth of my daughter, #upallnight” she tweeted.