If I’ve learned anything since having kids, it’s that there’s so much that I don’t know and my children have the ability to zoom in on those things and pepper me with questions. 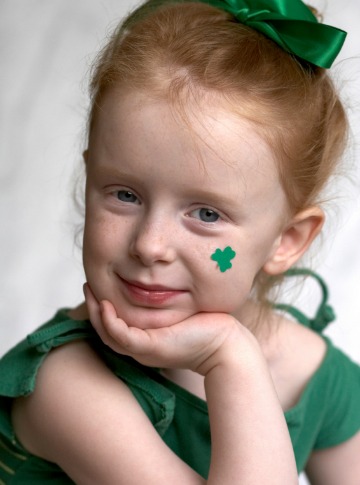 With St. Patrick’s Day approaching, I’m taking a proactive approach and getting to the bottom of this holiday that I know so little about.

Sure, I’ve celebrated St. Patrick’s Day with a pint or two each year, but I knew so little about the meaning behind the holiday itself.

Quick! Can you tell me who St. Patrick is or what the meaning behind the shamrock is? Your kids will probably ask you this month. I know mine will, so I’ve been on a mission to get the facts.

People all over the world celebrate on March 17 in honor of St. Patrick, the patron saint of Ireland. Most of us enjoy celebrating St. Patrick’s Day, but few of us can truly explain the meaning behind the day.

Here are the basics that I learned about St. Patrick as I was studying up:

St. Patrick was born in Britain in the fourth century, but was kidnapped by Irish raiders when he was a teenager. After six years, he escaped and returned to Britain to become a priest. He later chose to return to Ireland as a missionary to spread Christianity amongst Irish pagans.

According to Irish folklore, St. Patrick used the three leaves of the shamrock to illustrate the concept of the Trinity to the Irish. For 30 years, he worked tirelessly to spread Christianity and establish monasteries, churches and schools.

St. Patrick died on March 17 and was later canonized by the Catholic Church.

This basic history of St. Patrick’s Day should prepare you for any questions your kids may throw at you.

While many Catholics still celebrate St. Patrick’s Day by attending mass, March 17 has become more of a celebration of Irish heritage.

Over the years, St. Patrick has been replaced by corned beef and cabbage, shamrocks, leprechauns, pots of gold, rainbows and green beer.

9 hrs ago
by Ambrosia V. Brody