We look to celebrities for the hottest fashion styles, glowing skin care tricks and the best fitness tips, but what about when it comes to raising our children? 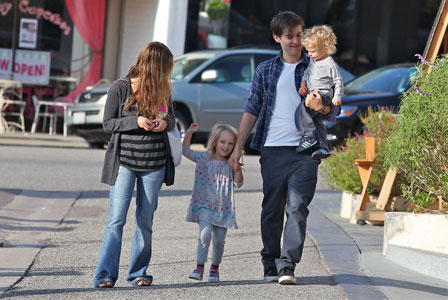 SheKnows investigates some hot button parenting styles and the celebs that follow them.

Tobey Maguire is among a handful of celebrity parents who raise their kids the RIE way. The Resources for Infant Educarers (RIE) approach is based on allowing children to “unfold in their own way and in their own time [to] discover, manifest and inspire the best in themselves and in others.”

The intent is a back to basics style of parenting sans baby-and-me classes, electronics and an onslaught of overstimulation via baby products and toys.

Alicia Silverstone, mom to baby Bear Blu, follows a vegan lifestyle that spans far beyond her diet. Her entire life is dedicated to eco-consciousness and she raises Bear the same way.

Alicia said, “Bear was grown on vegan food and we’ll continue nourishing him with a healthy diet… He’ll be eating an organic plant-based diet. I intend to take great care of his precious new baby body so I’m committed to giving him nothing but the purest and most healthy food possible. We want to keep his immune system strong so that he’ll be super healthy — which is just one of the many reasons he’ll eat vegan.” 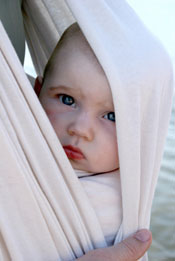 Mayim recently released her own “memoir” called Beyond the Sling, which details how she and her husband have chosen to raise their children by way of attachment parenting.

As SheKnows’ newest celebrity Mommaloguer, Mayim talks about parenting styles — and a whole lot more. Check her out on the Mommalogues.

Leave it to outspoken model mama Gisele Bundchen to never have to mess with, well, messy diapers. Why? Because she potty trained son Benjamin practically out of the womb! Of the process of simply putting her son on the potty and waiting for him to go, Gisele bragged, “Give it about five minutes, and bang.”

For real, though, she admitted elimination communication is “more complicated.” Alicia Silverstone began a diaper-free process with son Bear, too. 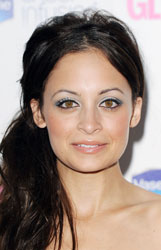 Of raising her two young kids Harlow and Sparrow, Nicole Richie revealed on The Talk that she sets healthy guidelines, saying, “We don’t use battery-operated toys, we don’t use plastic… Sugar is obviously a big no-no.”

However, there is a little wiggle room in this style of parenting for some splurges, courtesy of the kids’ dad, Nicole’s husband, Joel Madden. Nicole shared, “Joel is not on the same page as me. My kids don’t have dairy either, but Joel does take Harlow out and she comes back and I say, ‘How was your dinner?’ and she says, ‘Good, we had pizza!’ I’m like, ‘OK, OK.’… I have my own ways, Joel is not me and I have to let him be a dad and I have to let him do his thing.”

Celebrity style secrets for moms
Which celeb mom are you most like?
5 Cutest celebrity families